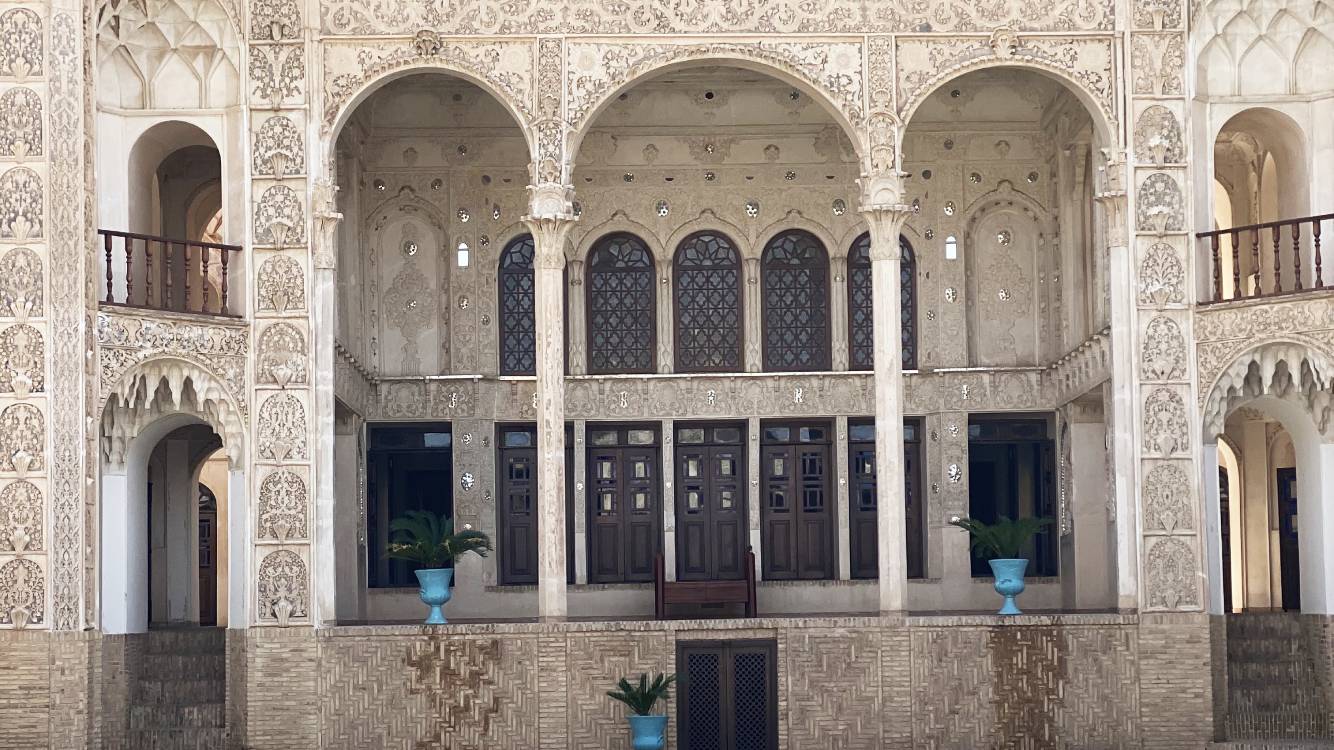 If you are planning to discover Kashan, roaming around its most magnificent historical Qajar houses must be a very satisfying experience. Seeing how and where people lived back in the days, these houses reveal the culture of Kashan and unfold the story of the city and its economical, social and historical background.

Kashan was the city of rich carpet merchants who spent years designing their glorious houses. Choosing which one to visit first is quite a gamble but Tabatabaei Historical House is certainly one of the most stunning ones. This 200-year-old house was owned by a renowned merchant Mr Tabatabaee.

Kashan is located only 200 kilometers or a 2,5 hours drive southwest from Teheran, on the way to Isfahan.

This house is located in Alavi street amongst lots of other historical houses. You can call the center and ask for the opening hours as they might vary in different times of the year: +98 31 5522 0032. 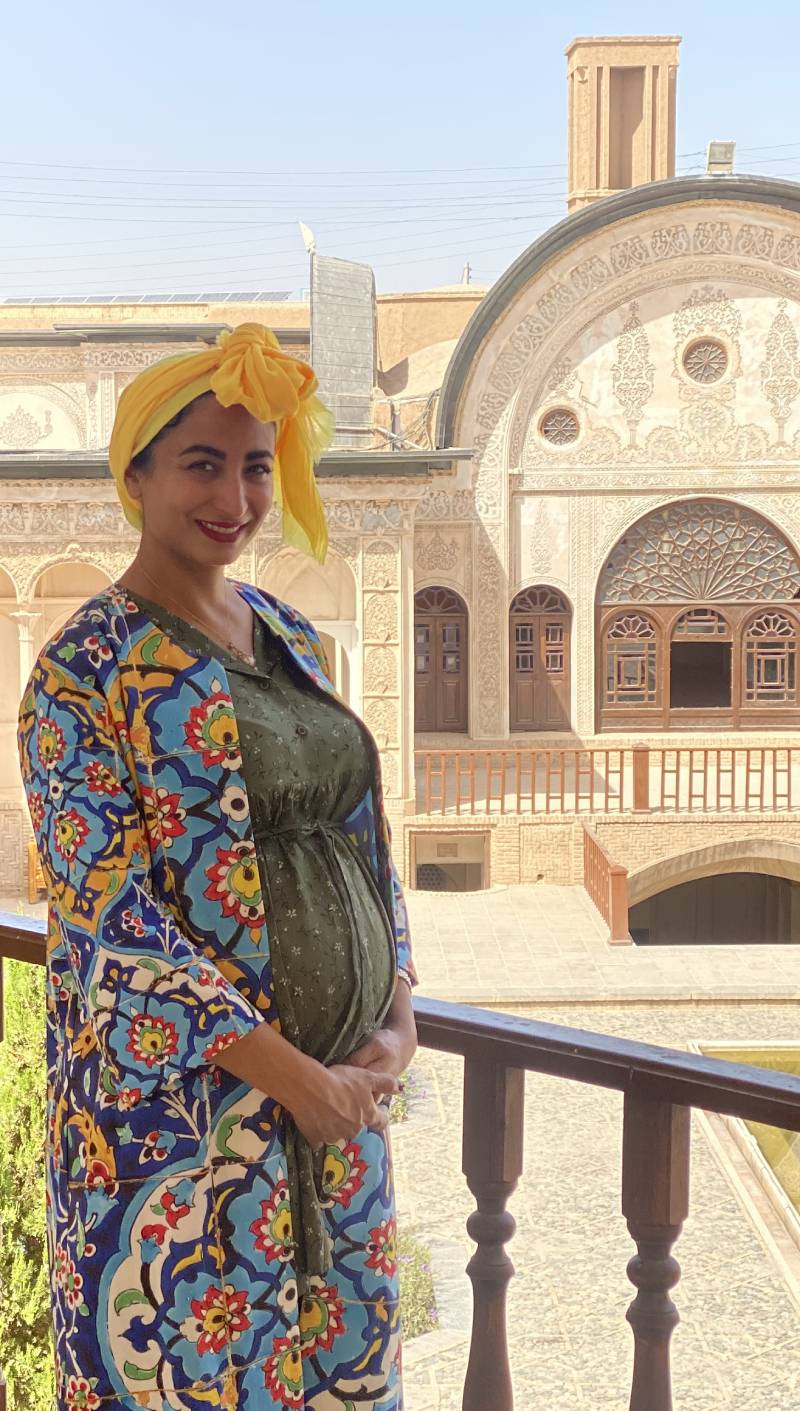 Tabatabaei House is 4700 square meter and has 40 rooms and 4 courtyards. The rooms are ornamented with colourful Persian windows, mirror and plaster work on the walls and the ceilings which represent the patterns of Persian carpet.

Because Kashan is located in one of the hottest provinces in Iran, some of the rooms are designed 8 to 10 meters below the surface layer for a natural cooling system.

This clever design prevented the walls from heating up to earth temperature and provided the inhabitants with cool rooms in the hot summers of Kashan. Some of these rooms were also used as refrigerators to preserve food.

Overall, it took us a whole hour to visit this magnificent house and learn about the beautiful Iranian wisdom behind the architecture of that time.

Lots of gleaming and picturesque cafes filled with antique tables and chairs placed around blue ponds decorated with Persian tiles have become the charming hotspots for young and old these days. To grasp how these gorgeous cafes were created requires traveling down the history lane.

The Qajar dynasty (1789 to 1925) is the most populated dynasty ever in the history of Iran. Polygamy culture and the persistence on having as many children as possible to empower the dynasty have left Tehran, Isfahan and Shiraz with dozens of magnificent houses that used to be the homes of the wives and children of the Qajar dynasty.

Some of these aristocrat homes have already been replaced by skyscrapers, apartment buildings and shopping malls by the Iranian government but some have given their place to magnificent cafes and restaurants while still holding their beauty and character. Nowadays younger people tend to value their heritage more than ever, maintaining their identity while figuring out how to repurpose them for new uses. Here are some of these breathtakingly beautiful houses: