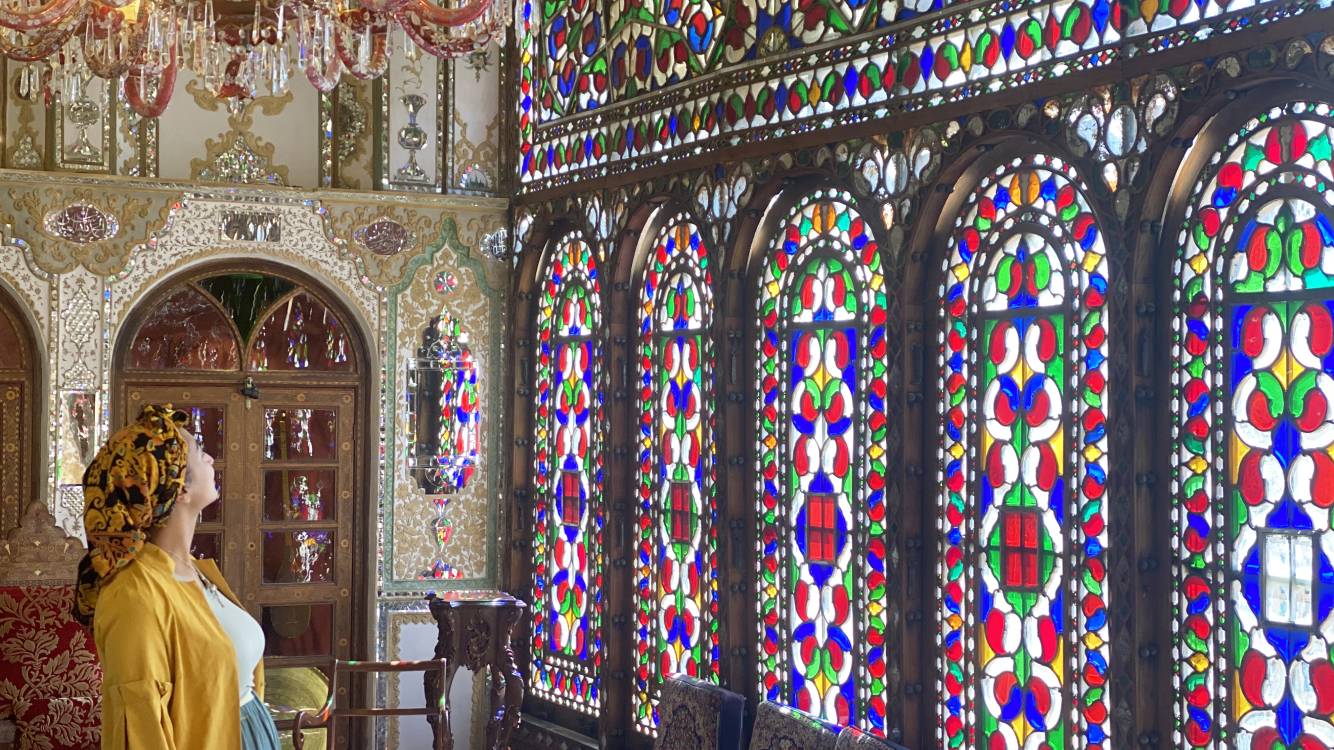 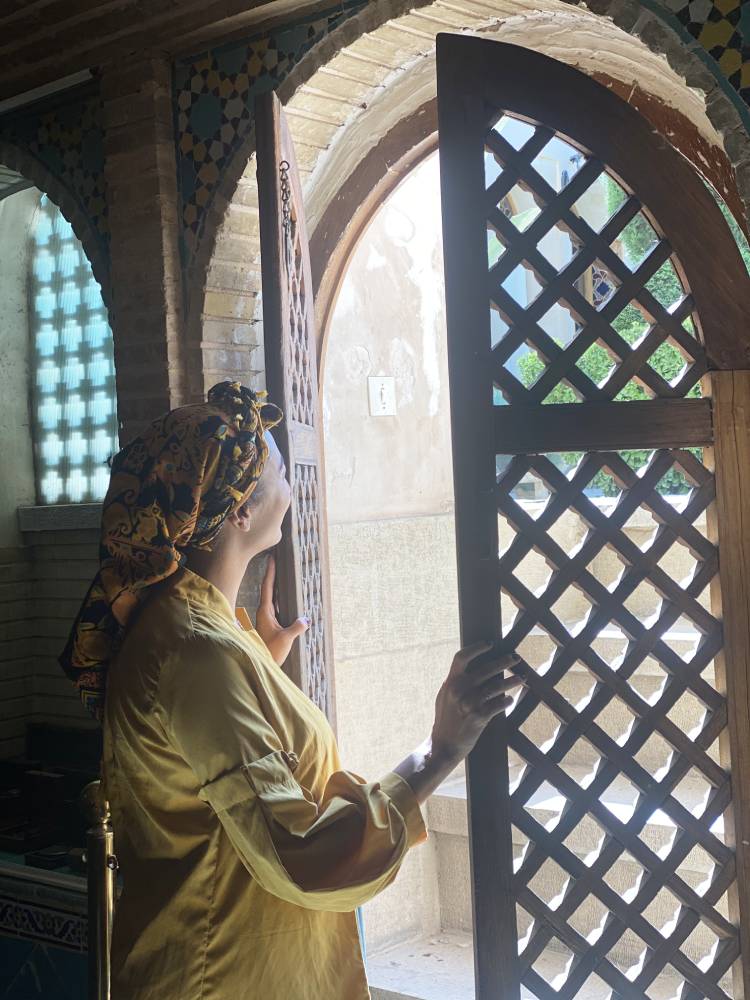 This breathtaking house was built during the Zand dynasty (founded in the 18th century), but transformed into Molla (Mullah) Bashi House as it was property of Molla Bashi, an old, respected so-called judge during the ruling of Nasser-al-Din Shah, Qajar period.

Zell-e-Sultan was one of Nasser-al-Din Shah illegitimate sons who was not chosen to become the next king. As a result of pent-up anger and frustration he began demolishing historical buildings, vandalising monuments and destroying nature and even killing rare animals.

Since Molla Bashi was known to be a fair judge, he was summoned to Isfahan to intervene and de-escalate the tension caused by Zell-e-Sultan and he bought this beautiful house to live in. Throughout the years this house was abandoned but was purchased 20 years ago by a Tehrani lawyer, Mr Motamedi. The house was renovated for years and finally opened its magnificent doors to the public. Molla Bashi or Motemadi house is truly a gem in the heart of Isfahan.

The adress is Mollabashi alley, West Hasht Behesht Street. Visiting this place, you should always make a reservation in advance by calling the tour guide +98 31 326 65 637. The entrance fee per person is approximately €1 per person.

Lured by the coloured glasses which reflect the sunshine like a rainbow inside the rooms, we could not have enough of its beauty. The elaborate scrollwork, heavily carved walls and painted ceilings obliged us to spend hours watching each room.

To us, this house proved irresistible. It's one of those houses where I would pour us two cups of tea and sit on the floor and forget how quickly time goes by. The most memorable of the rooms was Shah Neshin (The king’s room). The excessively intricate chuck carved walls, mirror work and the colourful windows mesmerised us once the doors were opened.

I do not remember clearly how many rooms we visited in that house. I do remember that there were two courtyards though. Two beautiful courtyards with blue ponds in the middle. Recently the rooms are being renovated and prepared to be rented out to visitors who would like to absorb the beauty of this place for a few days. 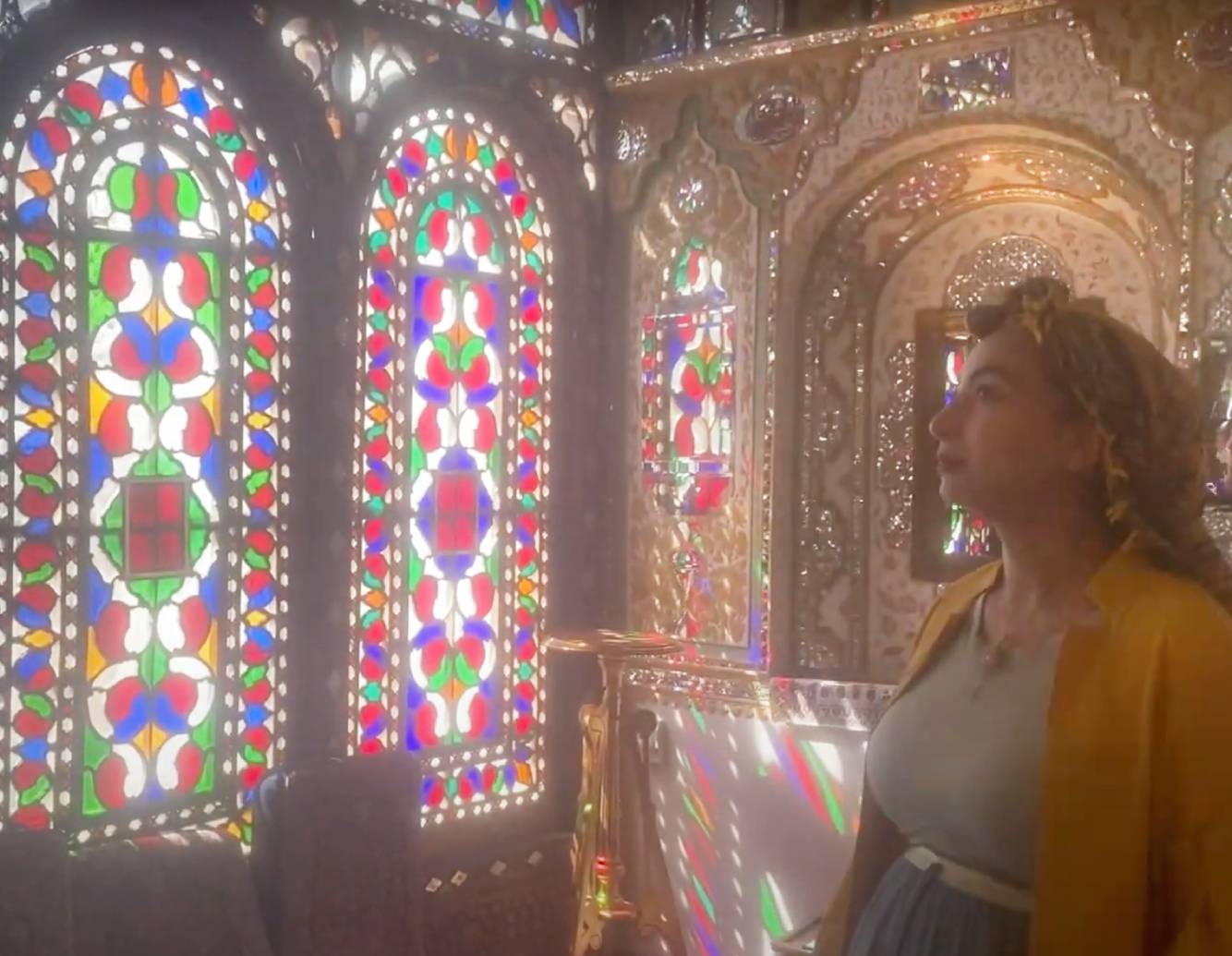 You can find many recipes on the website. Most recipes use Persian cooking essentials like indigenous herbs, spices, nuts and fruits. You can also find 50 recipes in my cookbook.

Join others and learn how to cook and bake a four-course Persian meal. All workshops are held in Belgium or The Netherlands and participants get a €5 discount on my cookbook.

If you wish to organise a casual luncheon, a business gathering or a joyfull wedding in Belgium or The Netherlands, please take a look at the catering options and contact me to see how we can turn your event into a memorable happening.

All 50 recipes in my cookbook have 5 major ingredients, carefully chosen to respect the original dishes on which they are based. You can easily order my cookbook on several webshops or come pick it up. Participants to a workshop get a €5 discount.

Many cities in Iran are on the UNESCO heritage list. Read some culinary travel stories on how I experience my country or learn more about its culture and history.

My professional approach of food photography makes your recipes and food products shine in cookbooks, product packaging, online use, catalog or menus.

Just follow me on Instagram to view my latest updates. In case of any questions or reservations please do not hesitate contacting me by filling in the form.

learn how to cook a four course Persian meal