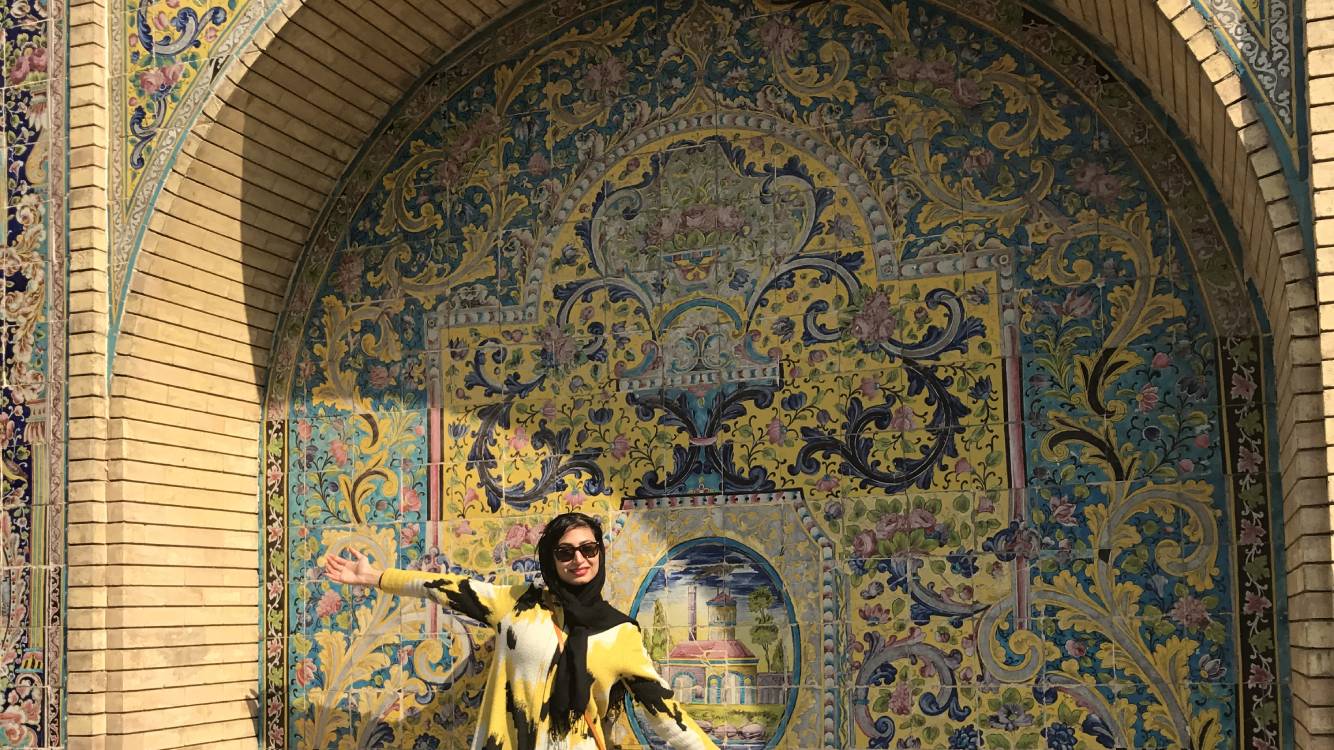 Tehran, with all its noisy streets and Bazaars, stormy people, reckless drivers and street vendors is my favourite city in all Iran. Let me take you to what used to be the center of Tehran, the shopping area and its adjacent palace. 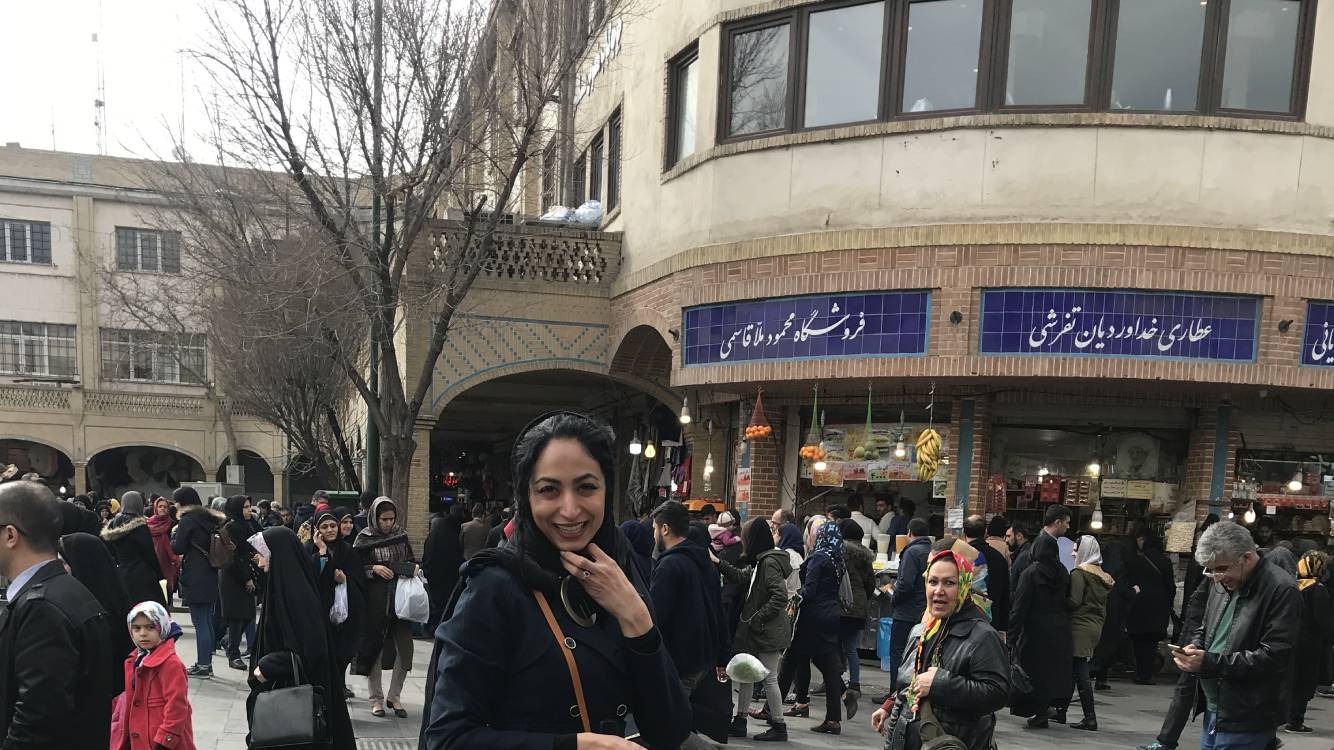 In Europe every city has a center with multiple shopping centers and shops. In Tehran, besides what we have in Europe as centrum, there are the Bazaars for pretty much everything. For example, a whole separate neighborhood is sofas and furniture Bazaar (which happens to be the biggest in the Middle East). Then we have a huge neighbourhood dedicated to curtain Bazaar, or a very long street just for baby clothing. In the Grand Bazaar itself there are hundreds of divisions for a variety of categories. For example, Marvi makeup and beauty related Bazaar, copper Bazaar, carpet Bazaar, paper and carton Bazaar, gold and jewelry Bazaar, and so on and so forth.

Capital Tehran is a huge city: 730 km² large with 8.7 million people. The Bazaar district and Golestan palace, close to Negarestan garden and museum, are now located in downtown Tehran, although in the sixties - before the urban expansion towards the north - this was the center of the capital. In this area nowadays the influence of religion can be visibly seen among people.

Right in front of the Grand Bazaar there's a square that takes you to Golestan palace. The palace I never visited when I was living in Iran. 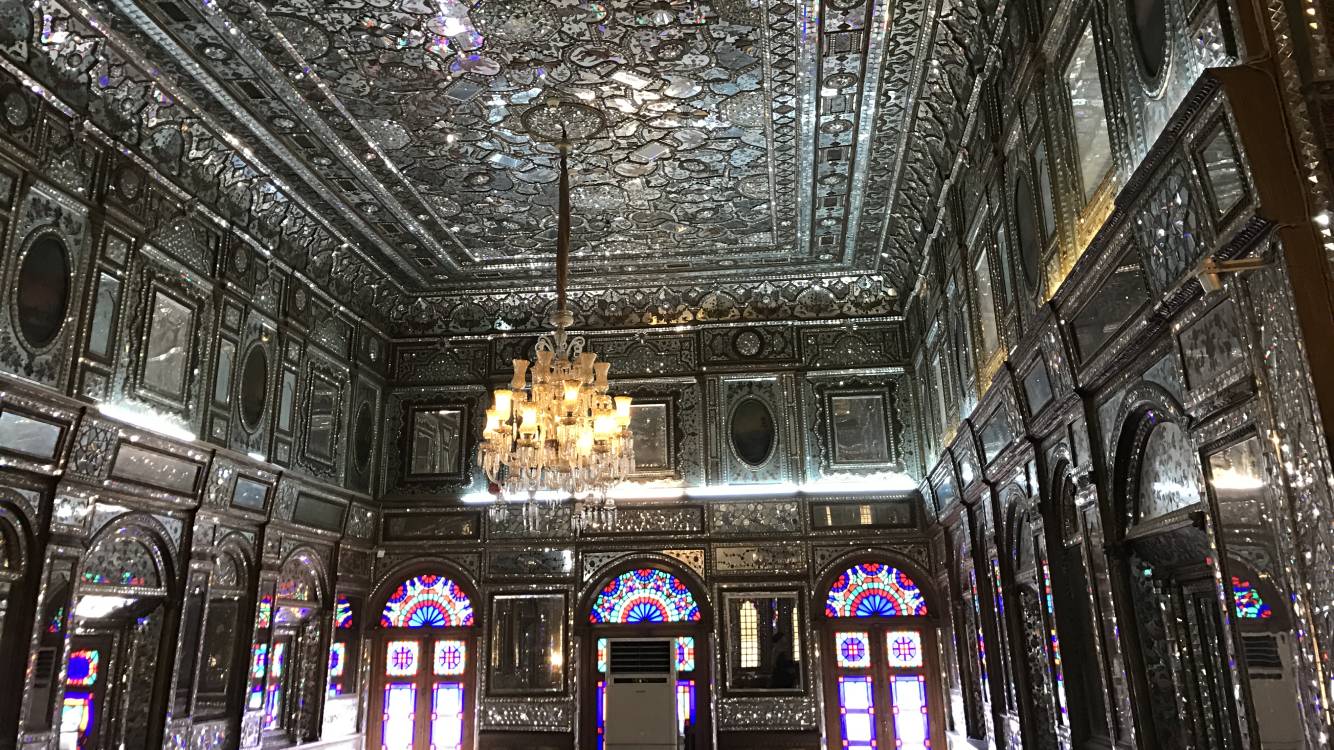 It was only in 2015 that I first visited Golestan palace with my mother and I was awestruck by its beauty. Iran has so many luxurious palaces because of its long history of empires and Golestan is one of the most beautiful ones in the heart of Tehran. The name Golestan means Flower Garden, so the palace has a typical Persian garden with flowers, trees and ponds.

Golestan palace is a historical monument with more than 450 years of antiquity. The construction of the palace dates back to the Safavid empire era and shah Abbas Safavid. Golestan palace was listed in Unesco's world heritage in 2007. 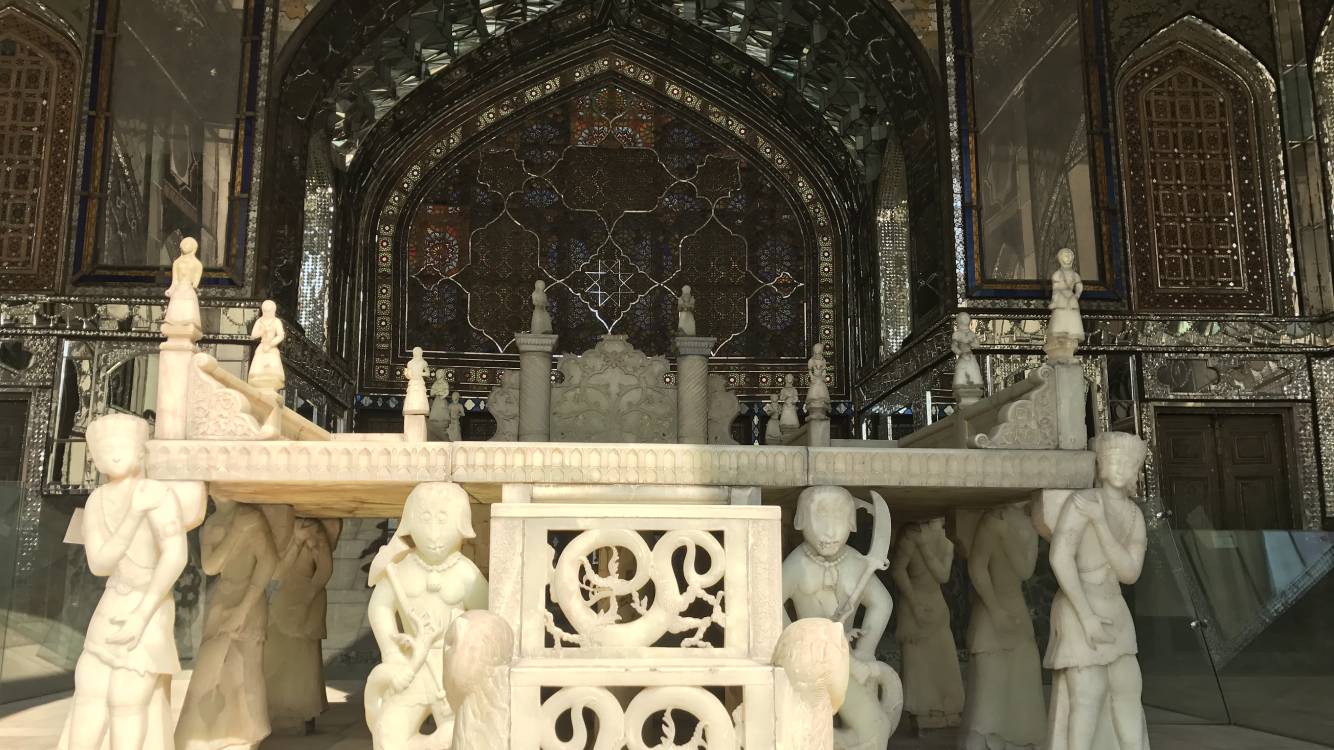 This humongous palace has lots of rooms and buildings, like Shams-ol-Emareh, mirror hall, diamond hall, brilliant hall or salam hall.

In the yard, there is a huge marble throne called Takht-e Marmar. The marble stones come from the beautiful Yazd. On the walls you can not miss the "Lion and Sun" sign, used in the Iranian flag till the 1979 revolution. Though quaint, Golestan palace is a must-see jewel in downtown Tehran.

Dazzled with the glamour and tired of walking in this beautiful palace, you can seek comfort in the most famous restaurant in the Grand Bazaar named Moslem. Be prepared to stand in the queue for a few minutes to get in, but trust me, it's worth the wait. 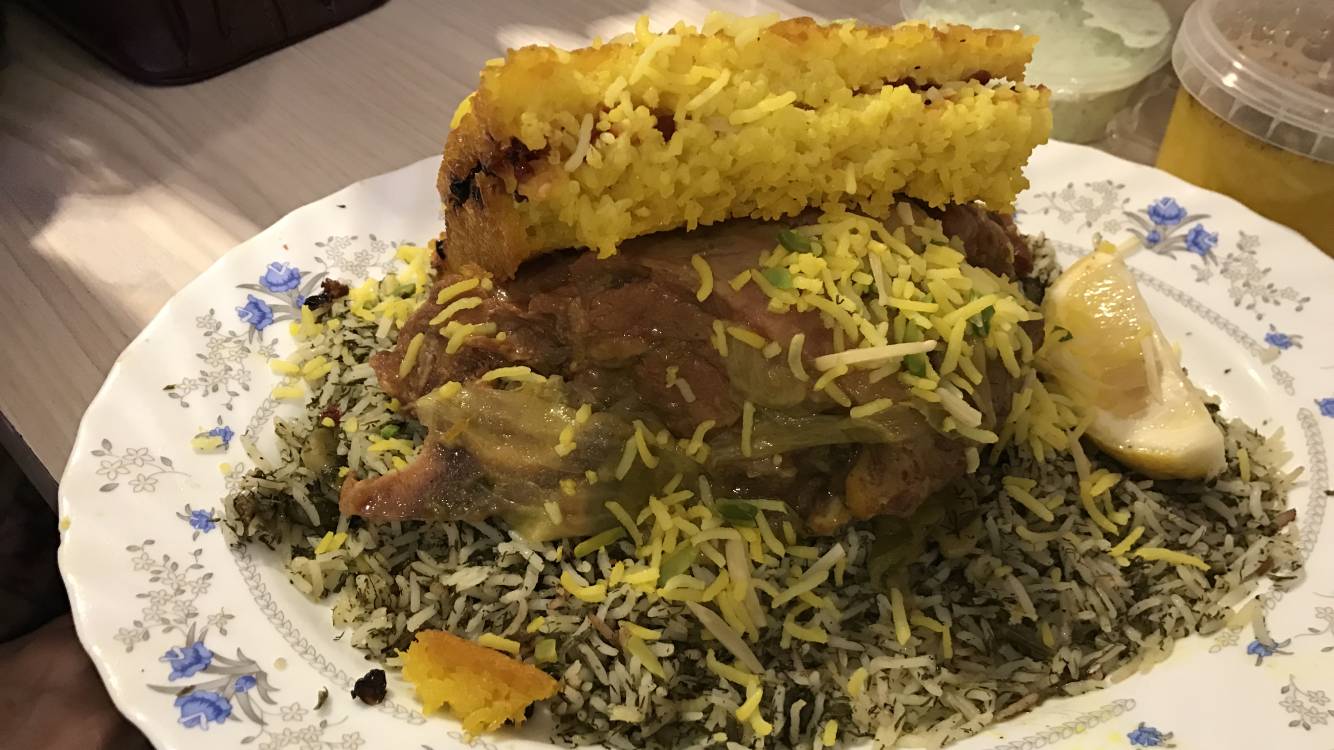 Moslem is the busiest restaurant in Tehran serving hundreds of dishes daily. Everything about this restaurant is a reminder of Tehran. It's overcrowded, noisy and full of rush and tension between customers and staff. It's all about the food. Quality and quantity. If you go with two, order just for one and if you are one, remember to ask for a doggy bag package. The kebabs, the lamb shank (baghali polo ba goosht), ghorme sabzi, and tahchin (crispy saffron bottom-of-the-pan rice) are absolutely to die for.

Your visit of Tehran is not complete without strolling in the hustle and bustle of the Grand Bazaar, admiring the amazing beauty of Golestan palace and finishing your lovely day in the noisy and chaotic Moslem restaurant.