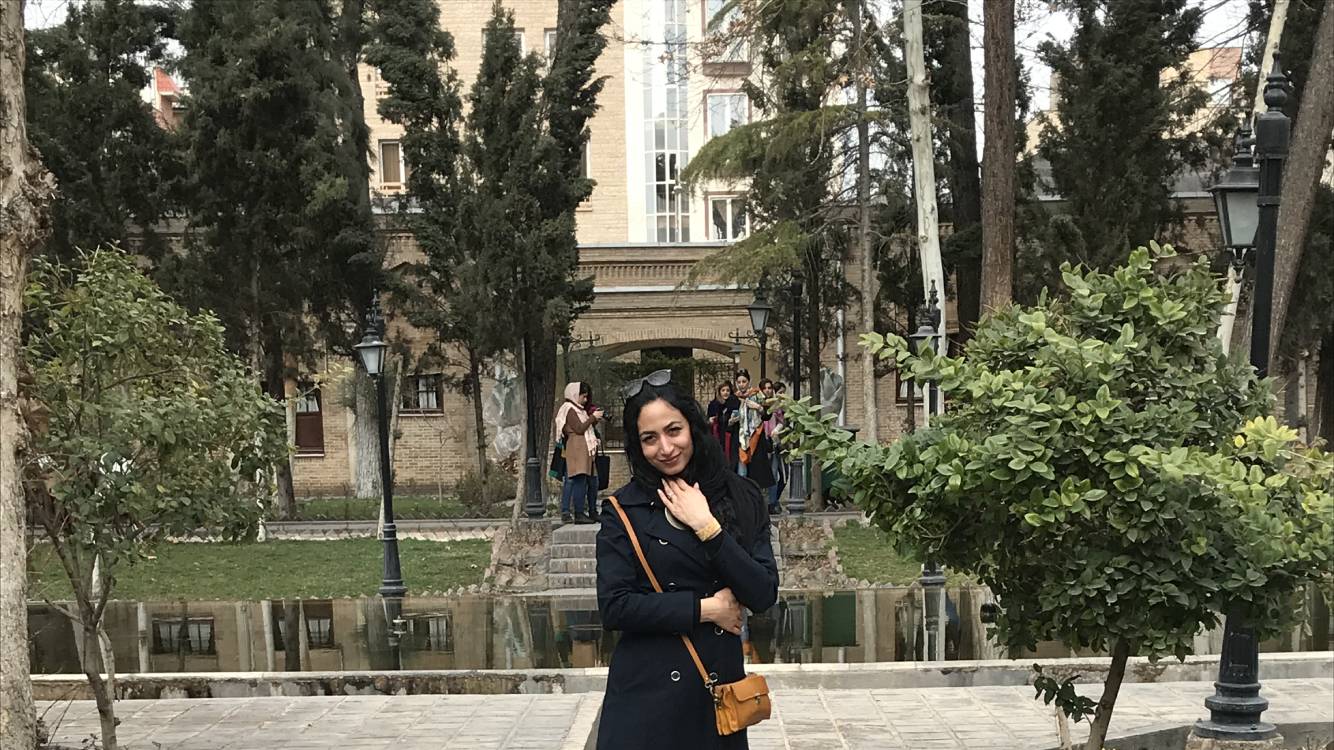 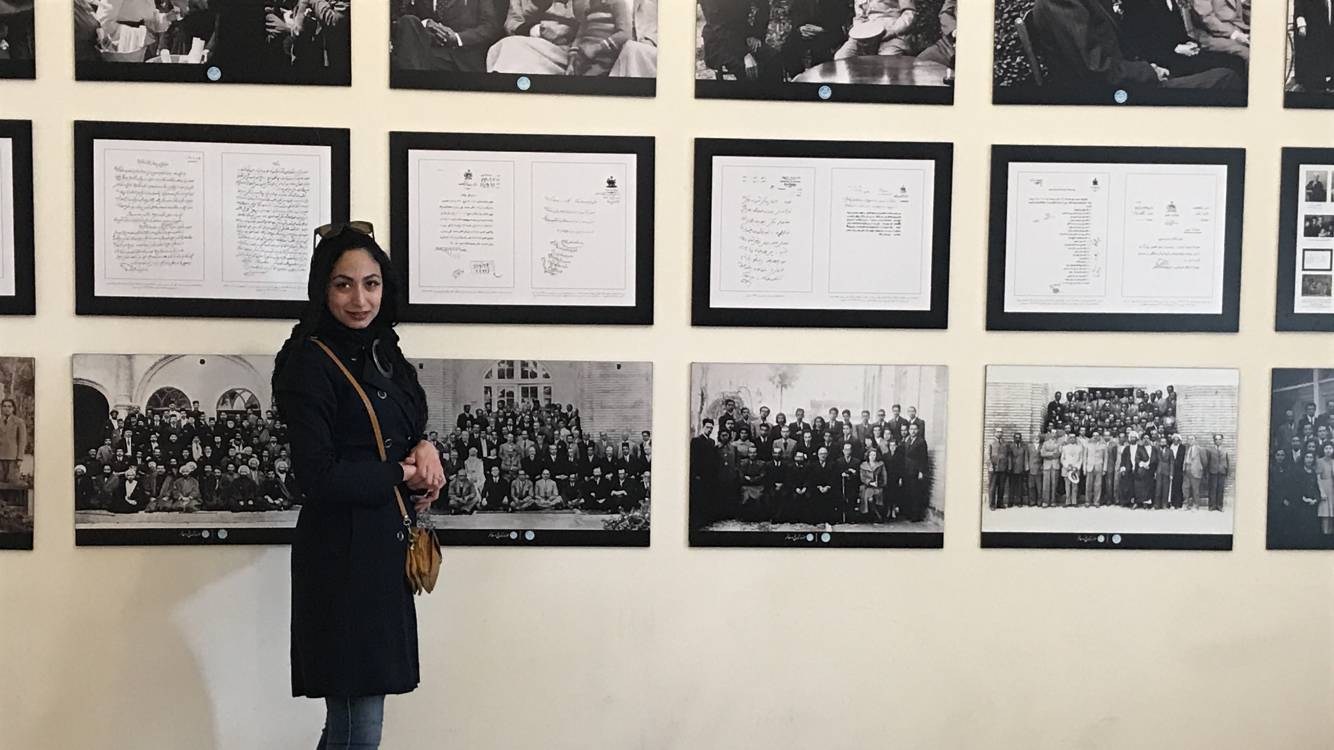 Negarestan museum and garden is a package full of art and history. It displays many sculptures, pictures and a historical mural, but due to the many paintings the palace was named Negarestan or "place of paintings". Bagh (garden) Negarestan was one of the most famous royal gardens and the summer resort of Qajar kings. The garden adjacent to the museum displays the history of Iran’s cultural development as the history of the garden interacts with the history of the University of Tehran and famous Iranian artist Kamal-Ol Molk.

Capital Tehran is a huge city: 730 km² large with 8.7 million people. Negarestan museum and garden is now located in downtown Tehran, close to The Bazaar district and Golestan palace, although in the sixties - before the urban expansion towards the north - this was the center of the capital. In this area nowadays the influence of religion can be visibly seen among people. 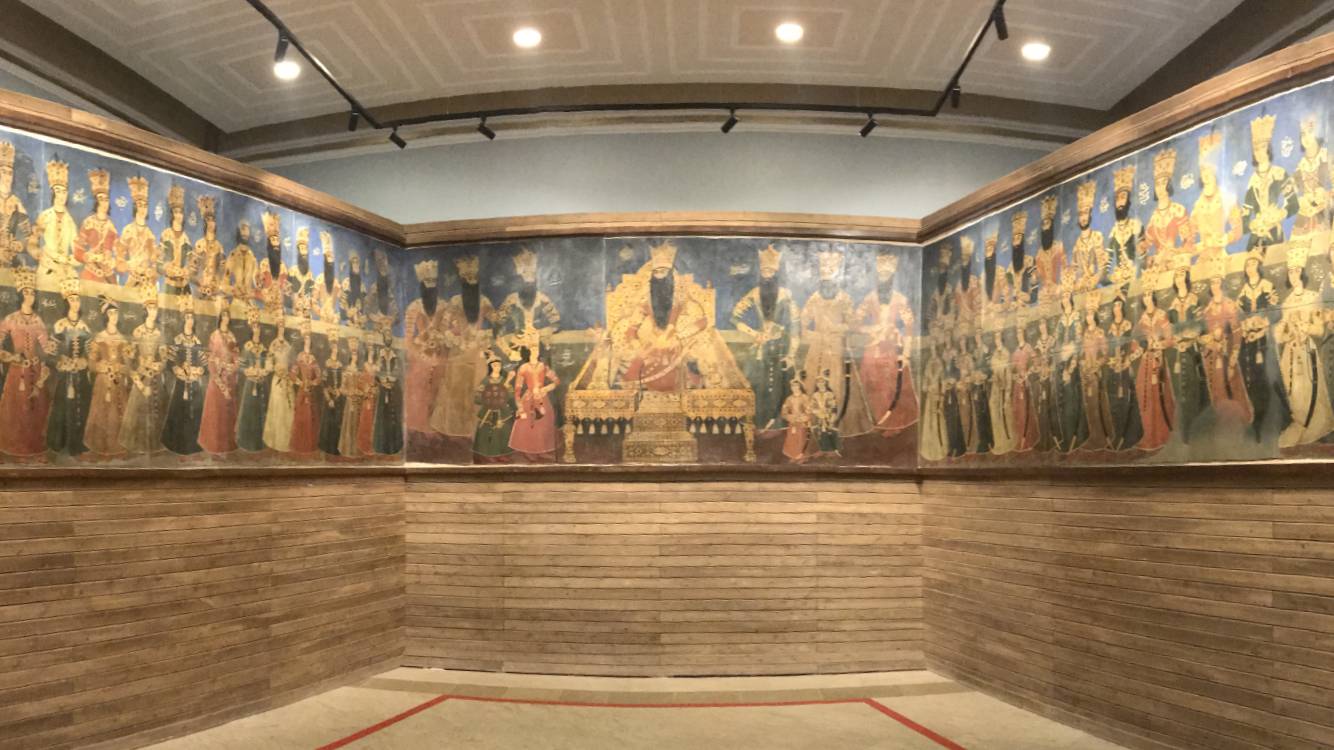 There is a huge mural in this museum that can't be missed. This mural is 20 x 2.15 meters, painted by Mirza Mohammad Ali in the 12th century and covers the subject of the royal greeting queue with the primary goal of showing power. But the importance of this work, apart from its artistic technique and magnificent dimensions, is its historical and political aspect, because it brought all the descendants of Fath-Ali Shah to that time.

In this painting, Fath-Ali Shah - in the center and in the middle of the picture and a little bigger than the others - with a royal crown on his head and a cashmere vest and a sequined embroidered front on his body, sits on a peacock bed and leans on a pearl-embroidered pendant. He wears two jewelry armbands from Koh-i-Noor and Daria-i-Noor on his arms. On both sides, the painter portrays the king's sons in the first row and the grandchildren in the second row. They wear a crown, a half-crown or a hat with embroidered pearls on their heads and clothes, and are equipped with armbands, belts, daggers and swords. 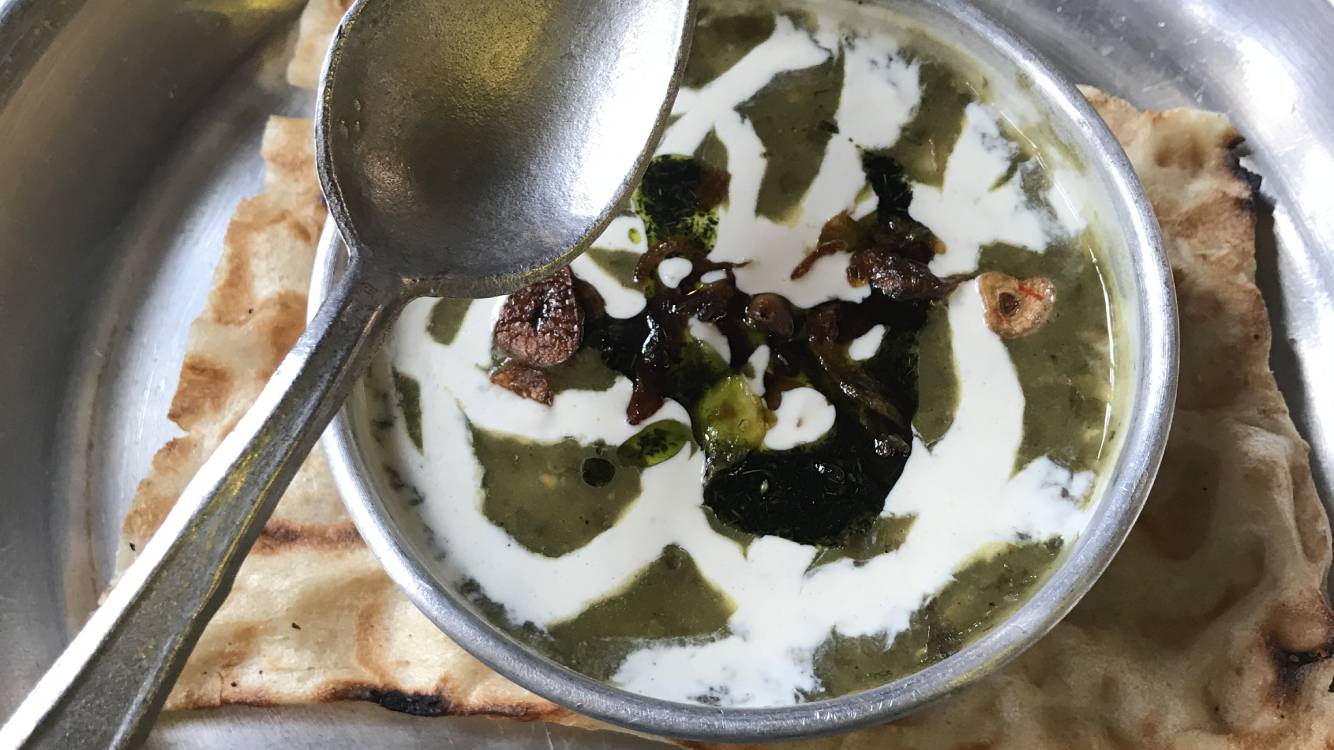 Dazzled with art and craving some traditional Persian food took us to Rouhi restaurant in the heart of the garden with the most delicious Iranian ash-e-jo (barley and spinach soup), kabab digi (pan-fried kebab) and doogh, a traditional Persian drink made with diluted yoghurt and dried mint.

Before going to this restaurant I had heard that Isfahani people drink their salty doogh with a syrupy sweet named gooshfil, which is literally translated to elephant's ear. 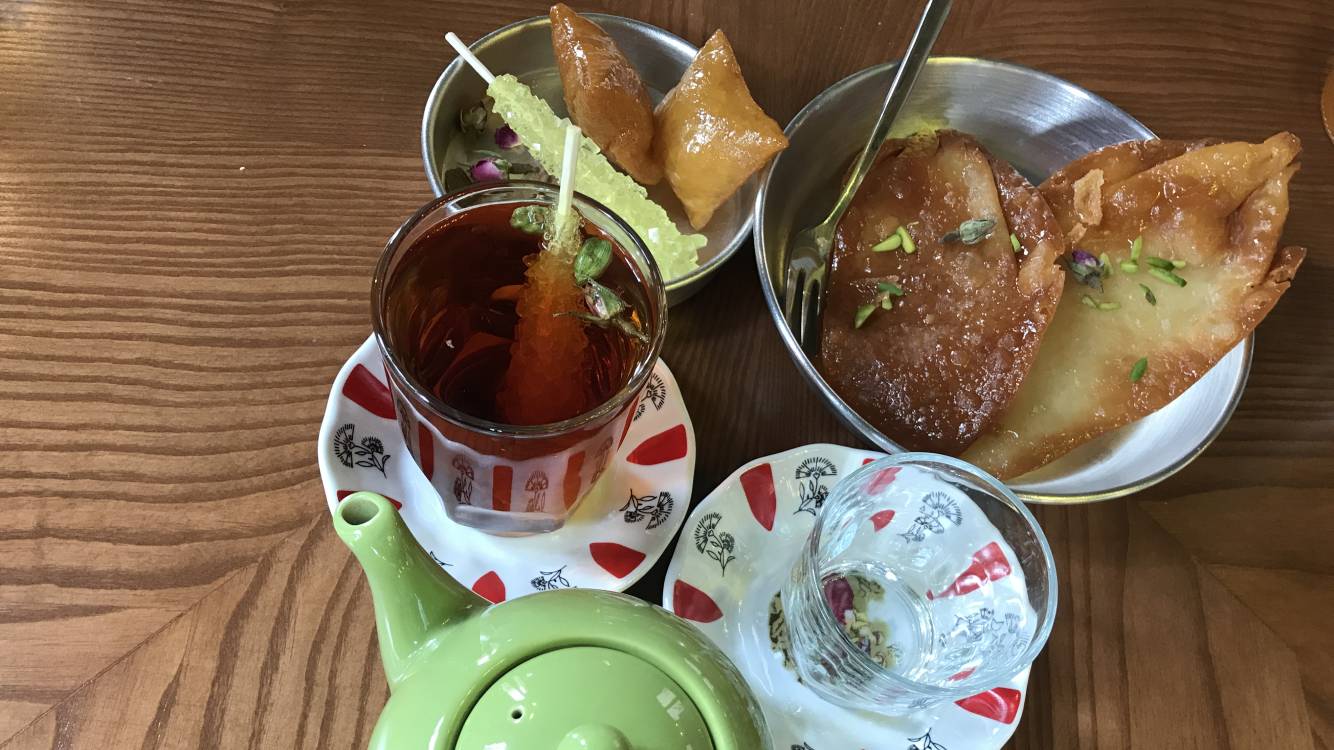 To lots of people, myself included, drinking a salty and sour drink while biting into a sweet pastry did not sound that appealing but because I love experiencing unconventional food, I ordered the unheard-of combination and to my surprise, it tasted amazing. The contrast between the sweet pastry and the sour drink was a match made in heaven. Then I realised the people of Isfahan have a great sense of mixing tastes.

Negarestan museum garden is a combination of art and beauty and Rouhi restaurant is the best place for a quick lunch or a relaxing break.