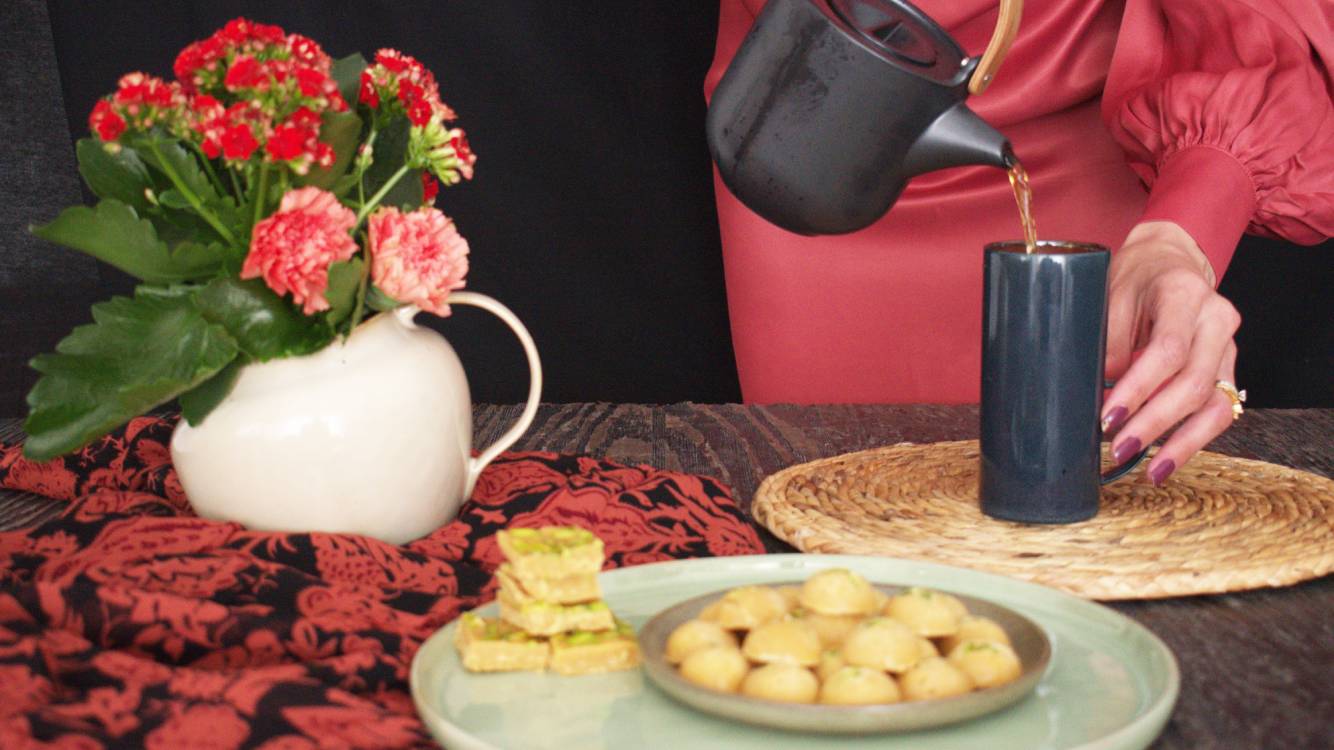 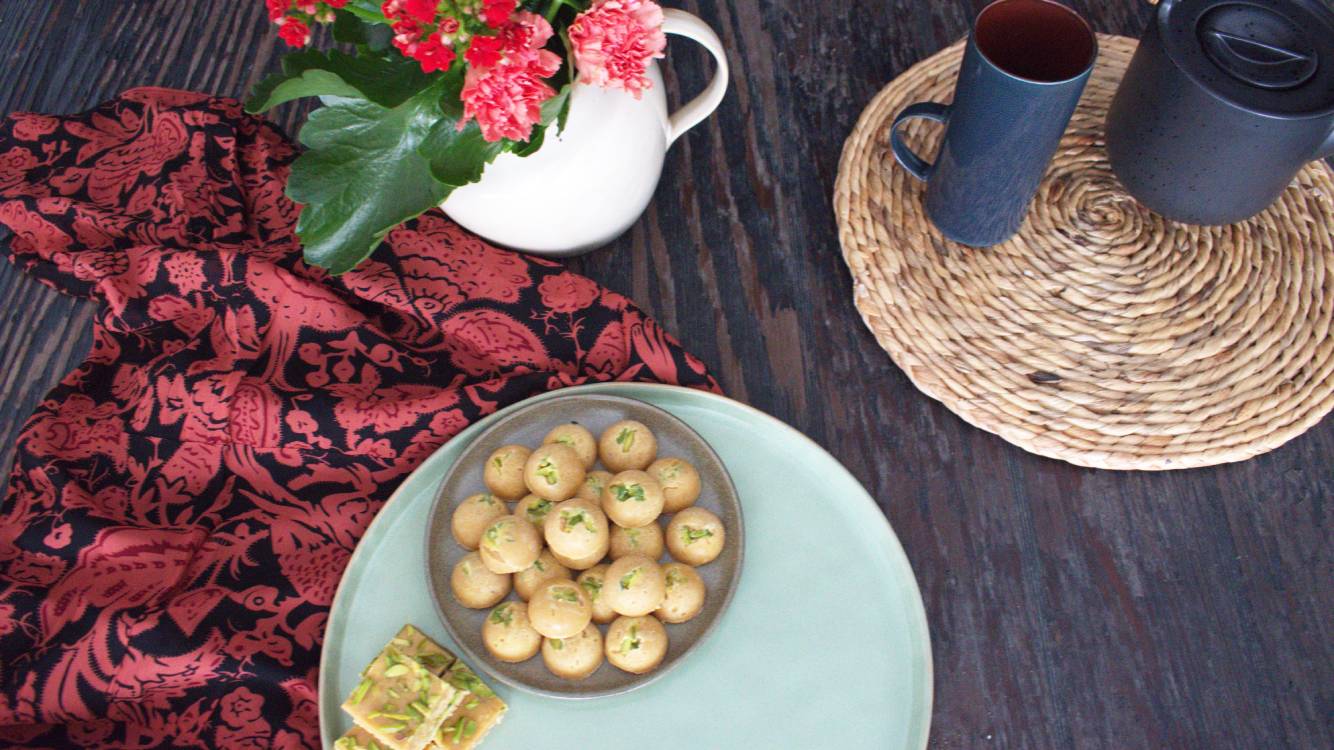 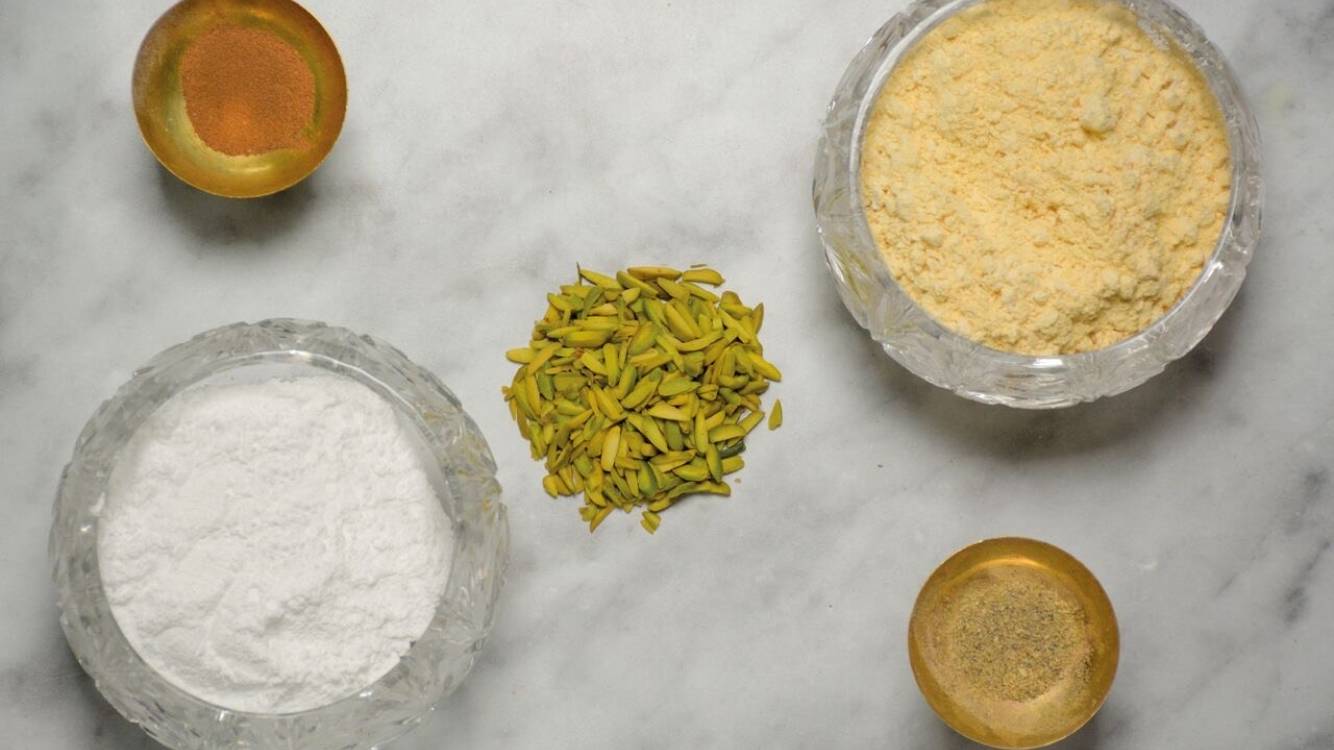 Iranians use chickpea flour in their celebratory New Year’s Eve sweets, known as Nokhodi. Most famous is a type of oven-baked chickpea sweet that, despite my many attempts, I could never get quite right. The mixture is said to be run through a meat grinder three times and rested in the fridge overnight for the best results. I am so fond of Nokhodi that I had to create this recipe.