Persian food through the eyes of a Persian

In Iran, household gas ovens have only been around for the past 50 years, which is why a lot of traditional Persian food doesn’t call for them. Instead, some desserts are fried in oil (or, better still, butter) on a stovetop.

Halva is a traditional Persian dessert often served at religious ceremonies. Fried in butter, sweetened with honey and sugar and infused with the distinctive flavour of rose water, saffron and cardamom, Persian stovetop halva is a special treat for any occasion.

Iranians have a slight obsession with rice; it is the most common of all side dishes as well as a base for many desserts. Iranians cook their rice in milk, add some sugar and cream at the end and garnish this delicious dessert with rose petals and cinnamon or sometimes carrot or rose petal jam atop. This dessert can be served both cold or warm and it even makes for a hearty breakfast treat on Friday (Iranian weekend) morning.

Infatuated with saffron, Iranians love saffroning their desserts up. Saffron rice pudding (Shole zard) is a combination of creamy rice, aromatic rose water, cinnamon, crunchy almond flakes and pistachios. To Iranians or non-Iranians, this combination is a match made in heaven. This dessert is frequently made as Nazri. Nazri can be translated as charity food that is given free to friends, families, or even strangers in the street. This often happens when an individual makes a wish and prayers to God or one of the holy martyred Imams. Once their wishes come true they feed people to thank and honour God and their Imams. It goes without saying that some religious people give away food not only when their wishes come true but just to express their honour and gratitude to God and their holy Imams.

Saffron pistachio ice cream, traditional Persian ice cream, is typically made from milk, eggs, sugar, rose water, pistachios and saffron.For us Iranians, its steeped yellow hue and fragrant flavours of rose water and saffron evoke some of the most cherished memories. This ice cream is usually served sandwiched between two thin crackers or in a plastic cup. To make sure we have enough of the cream we even freeze some remaining cream until completely solid, then break into pieces to scatter over the ice cream when serving.

Latifeh, as these macaroons are called in Persian, literally translates to softness. They are lusciously moist and the cream centre is light yet decadent.

Cream puff is a Persian adaptation of a French classic known as the croquembouche. Instead of crème pâtissière, they are filled with whipped cream and they tend to be on the larger side - weighing a third of a kilo in some bakeries. I have spared you the excess in this recipe - the resulting buns should only be slightly larger than the French ones.

These biscuits are a speciality of the beautiful city of Tabriz, located in the northwest of Iran known for its intricate rugs and tapestries. The people of Tabriz are highly hospitable, hosting colourful and elaborate banquets comprising copious portions of kebabs, jams and these delicious biscuits. Ghorabieh is also a favorite cookie baked and served during Eyd e Nowruz, the Persian New Year.

Isfahan is also famous for its Gaz. It's impossible to go to Isfahan and not head into one of the Gaz shops. Gaz is sold in so many different varieties and sizes with lots of different pistachio percentage options. To me, the best is the one with 40 percentage of pistachio. You can try all different kinds of Gaz once you step into the shop. In Iran, nothing comes simple. Everything comes with a story. So be prepared to hear some stories from the owner about their family business of Gaz that has been passed from generation to generation.

Though perfect on toast, homemade jams are an essential part of the banquet and considered as desserts in Tabriz. Rose petal jam, carrot, cardamom and pistachio jam and fig jam are the most known kinds of jam in Iran.

Sohan, a traditional pistachio saffron brittle made out of wheat sprout flour and lots of butter, cardamom, pistachios and saffron.

Lots of cities in Iran claim to have the best baklava but with all due respect to the beautiful Yazd, Qazvin has the most delicious baklava I ever tried in my life. Their baklava sweet is packed with pistachios and almonds and the sugar ration is less than that of Yazd's. The pastry is thin, which allows you to relish the aroma of cardamom and cinnamon even more.

Just like Qazvin, Yazd is synonymous with baklava. Although I prefer the baklava of Qazvin to that of Yazd's, Yazdi baklava is a treat of its own. Filled with almond and cardamom sliced neatly in beautiful red tin boxes, Khalife is one of the best bakeries in the center of Yazd. Yazdi cake is also delicious rose water and cardamom-scented type of cupcake that once you take the first one you can barely stop yourself going for the next one. I love mine best with cold milk or hot Persian tea.

Pistachios, roses and saffron can be named as inseparable elements when it comes to Persian sweets or even savoury.

It is impossible to neglect the importance of saffron in Persian cuisine in sweet and savory dishes as it plays a significant role, infusing every spoonful with its invigorating, seductive fragrance, unique golden colour and discerning floral flavour. Mashhad is the center of the saffron harvest in Iran. Because of the scrupulous harvesting method, saffron is one of the most expensive spices in the world. In order to make nearly half a kilo of saffron, 75,000 saffron crocus flowers are required. Iran, where the spice is ubiquitous in its cuisine, grows about 90% of the world’s saffron

» join me at a workshop
» get home delivery
» cook it yourself meal kit
» add Persian spices
» join the buffet
» order event catering
» all recipes
Looking for another way to put your food in the spotlights, then join a session of food photography. Learn how to create a setting that highlights your food and play with your camera for the right angle, features and focus. Or hire me as your photographer.
Quick and easy Persian food is possible by sparing yourself the trouble of using tens of ingredients. So I wrote my very own cookbook: an easy-going, stripped-down take on Persian food using just 5 major ingredients and with minimal cooking effort.
Ontdek samen op reis met Leila Besharat, Iraanse in Vlaanderen, de rijkdom en de schitterende schoonheid van de Perzische paleizen en moskeeën in steden als Kashan, Isfahan en Shiraz. Bekijk haar reisaanbod op www.iranreizen.be 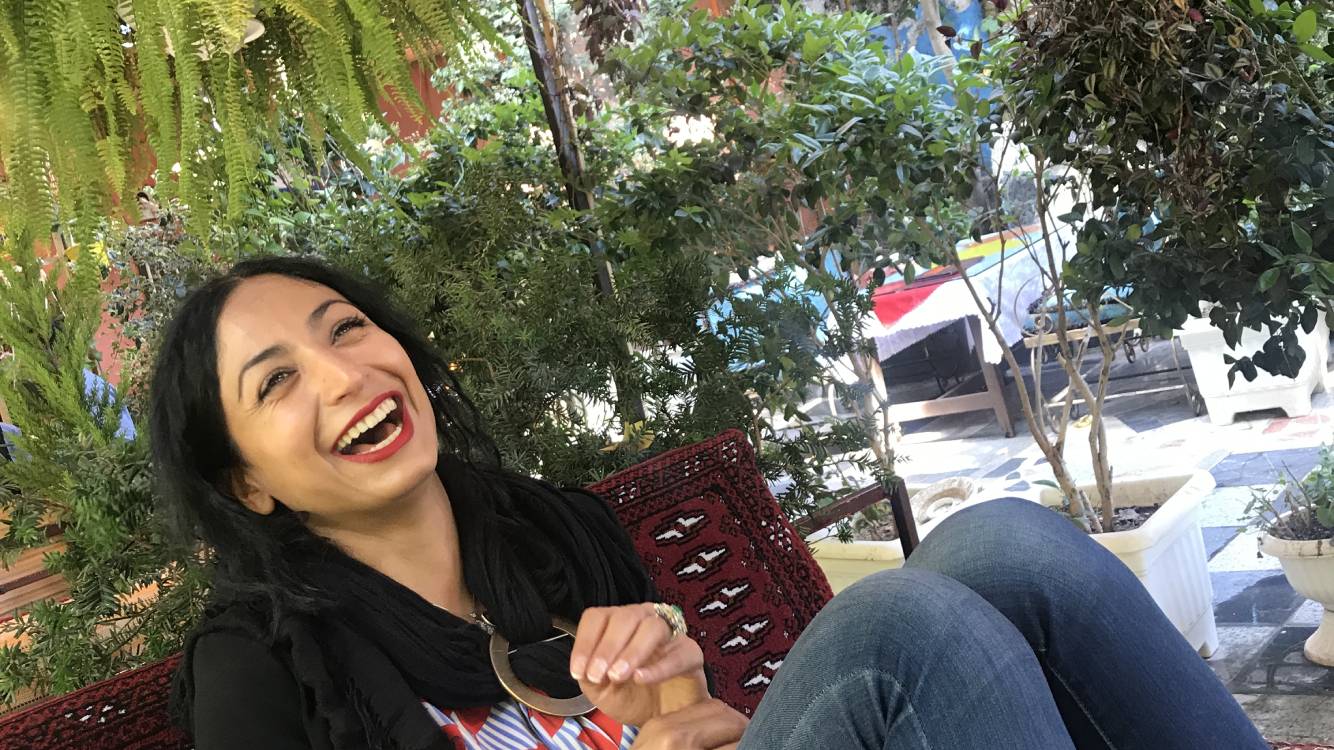 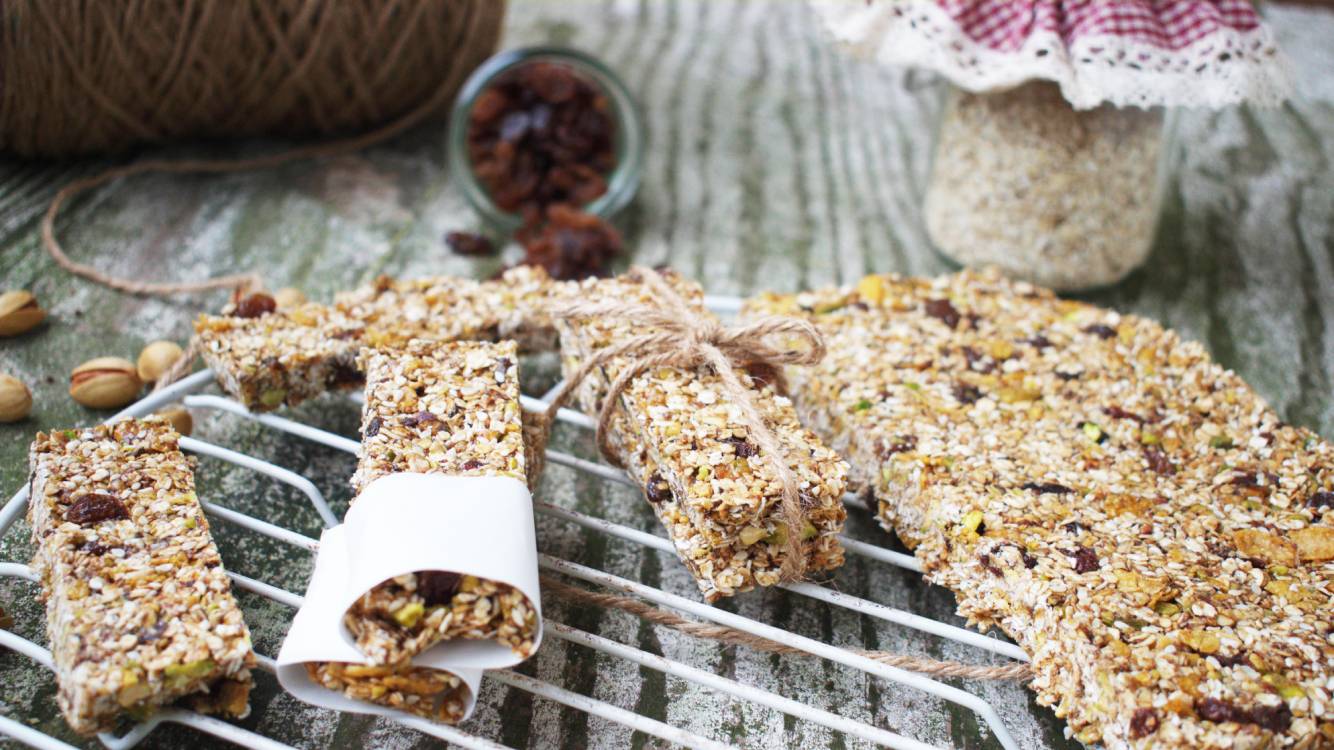 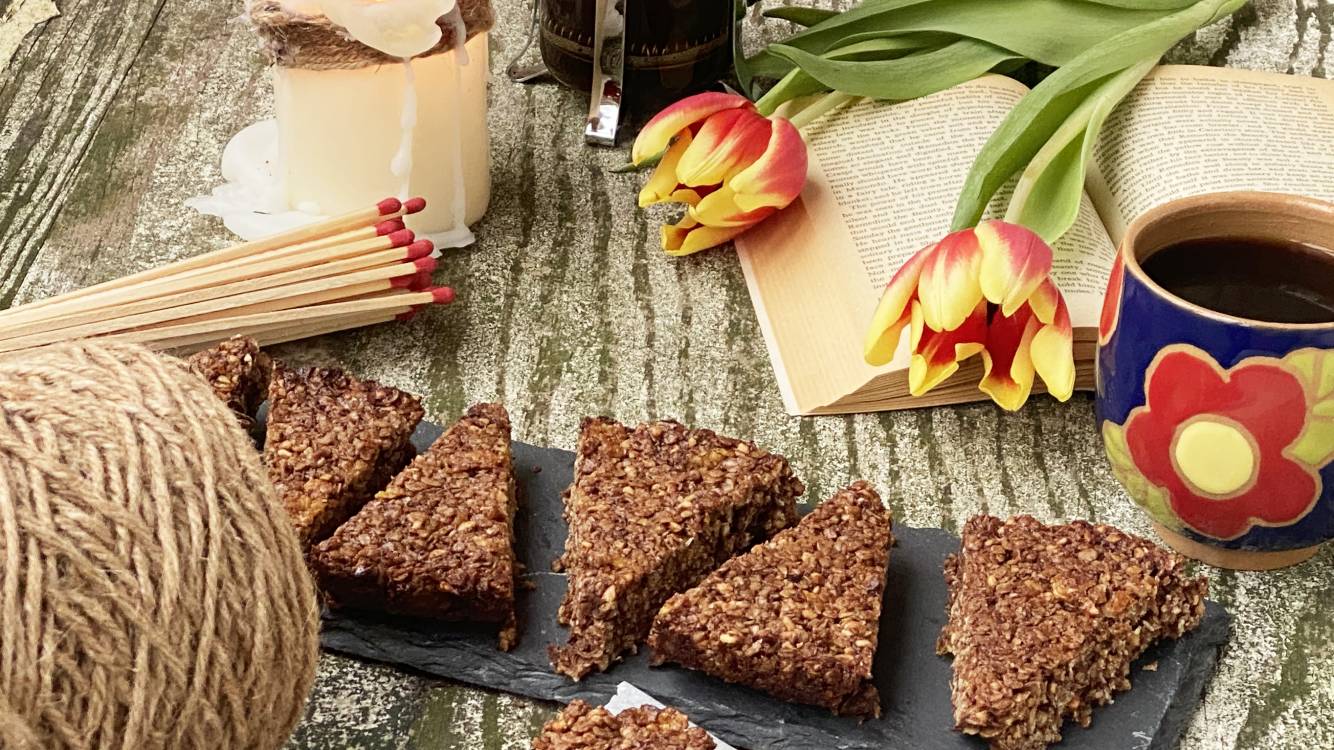 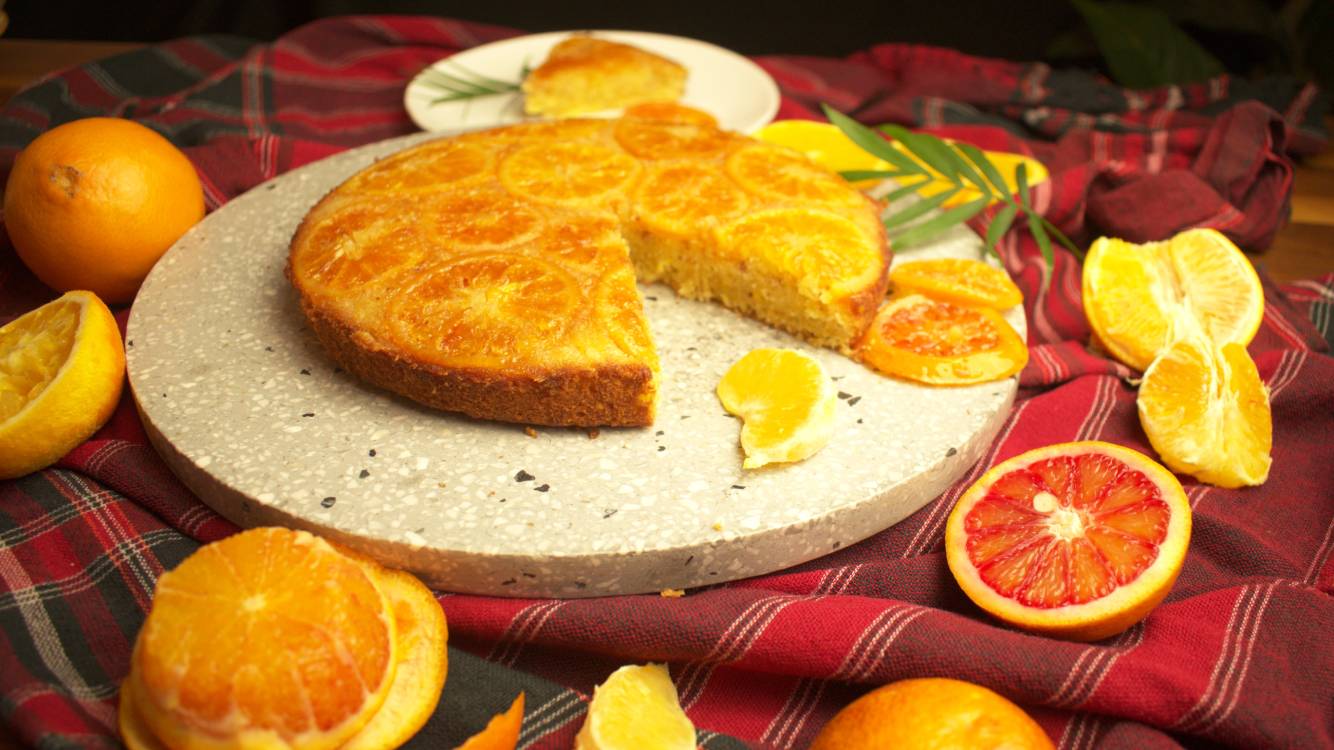 rich, moist and zesty cake with a built-in wow factor 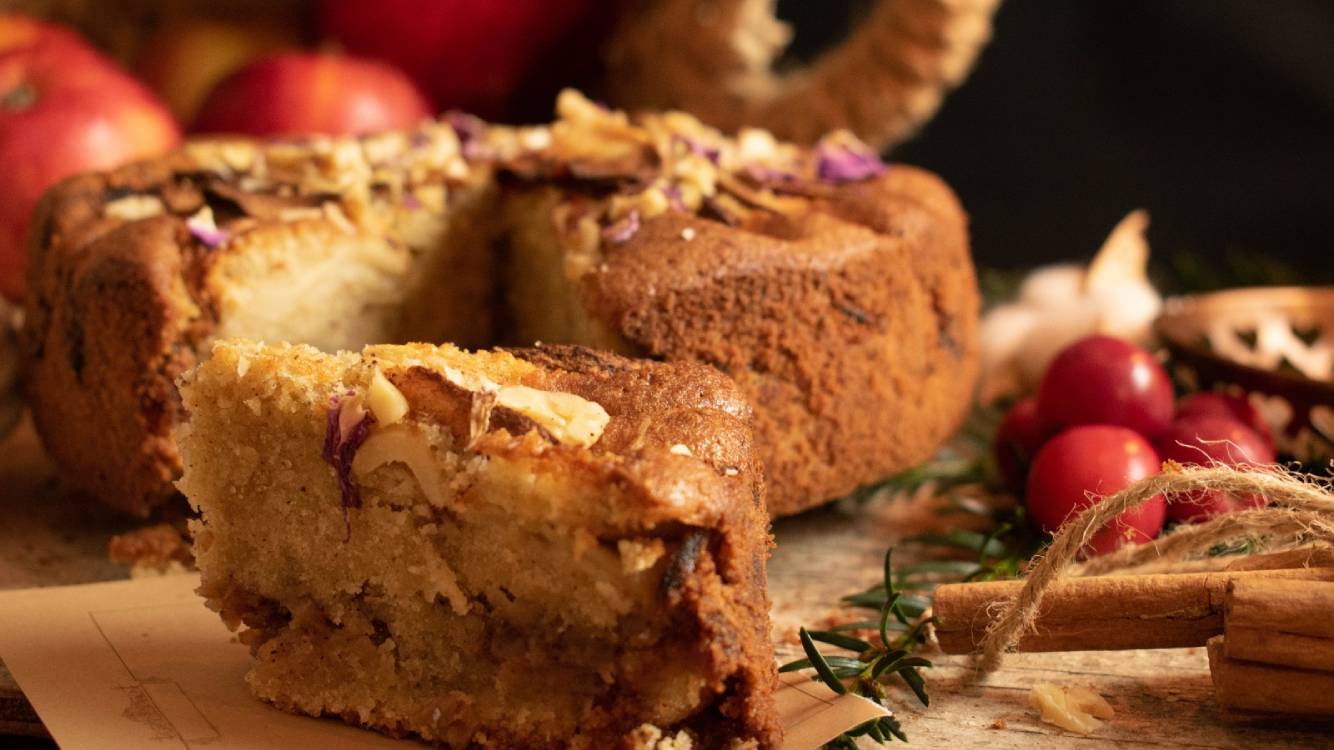 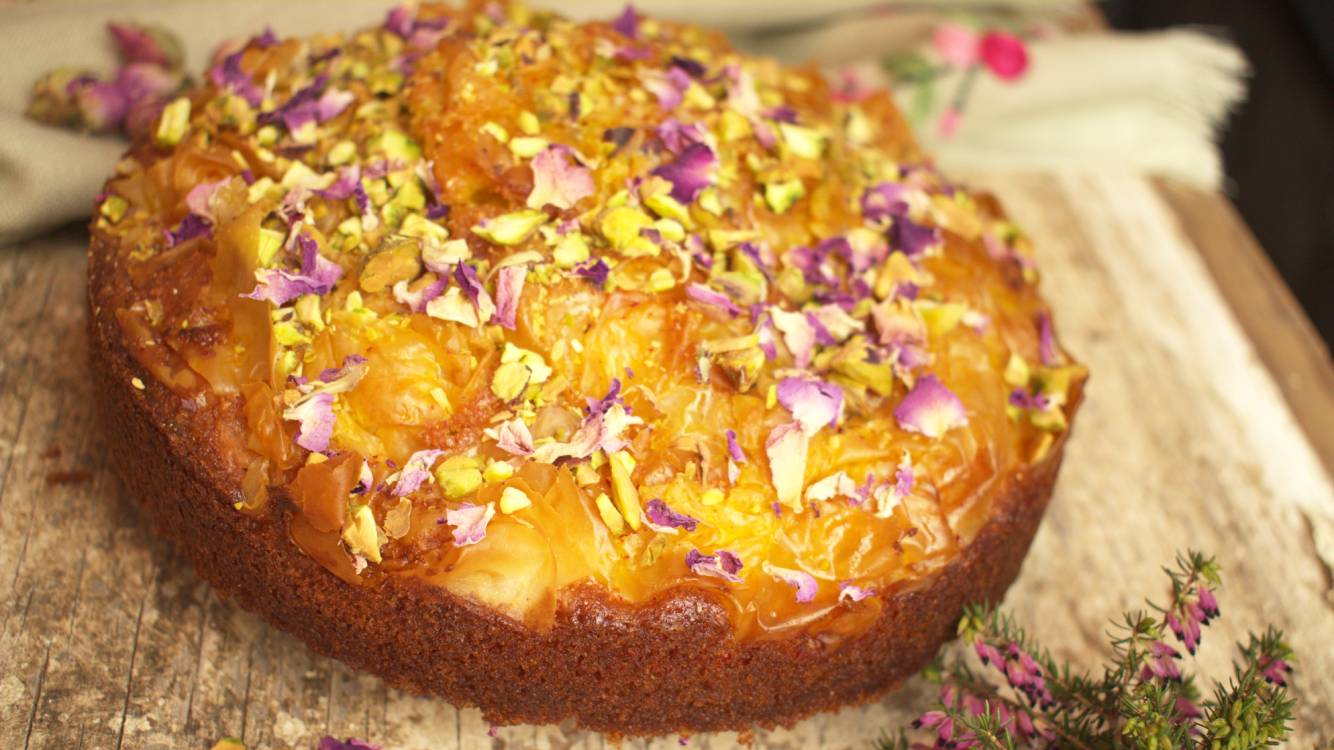 crunchiness of baklava and softness of cake all in one 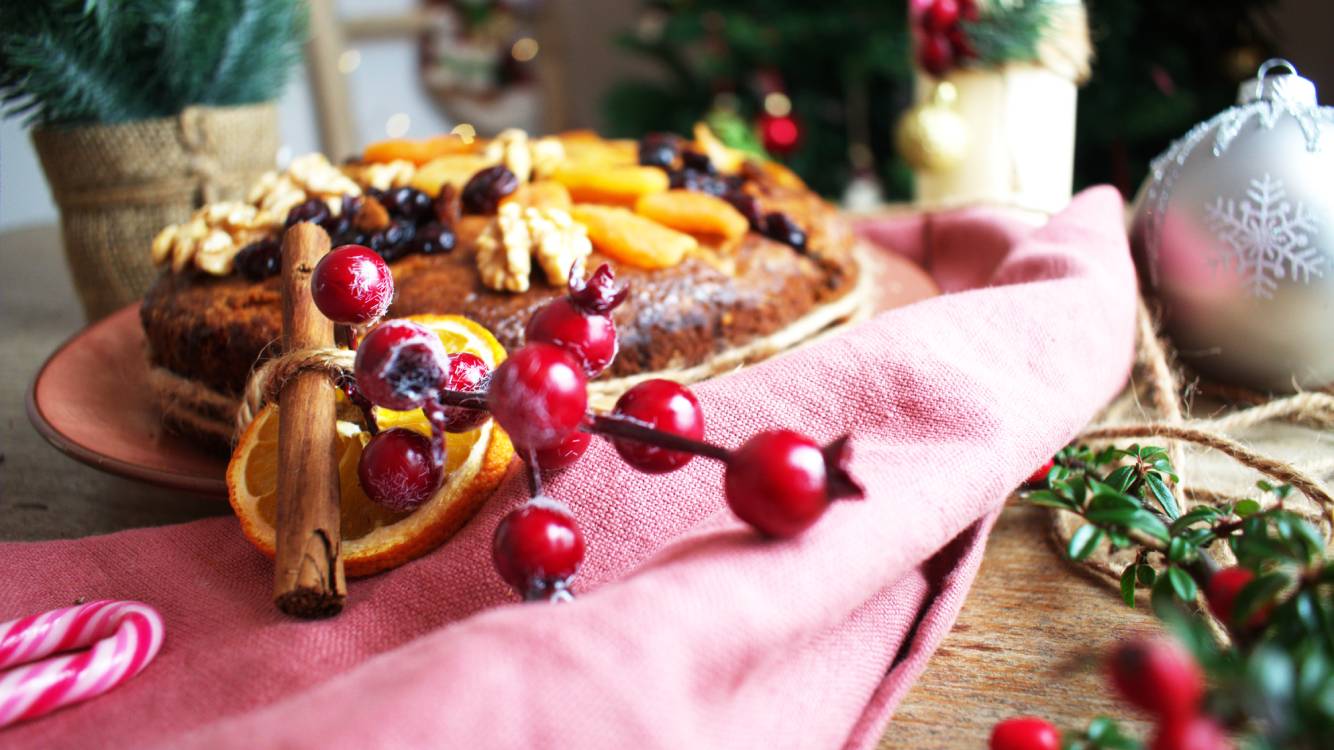 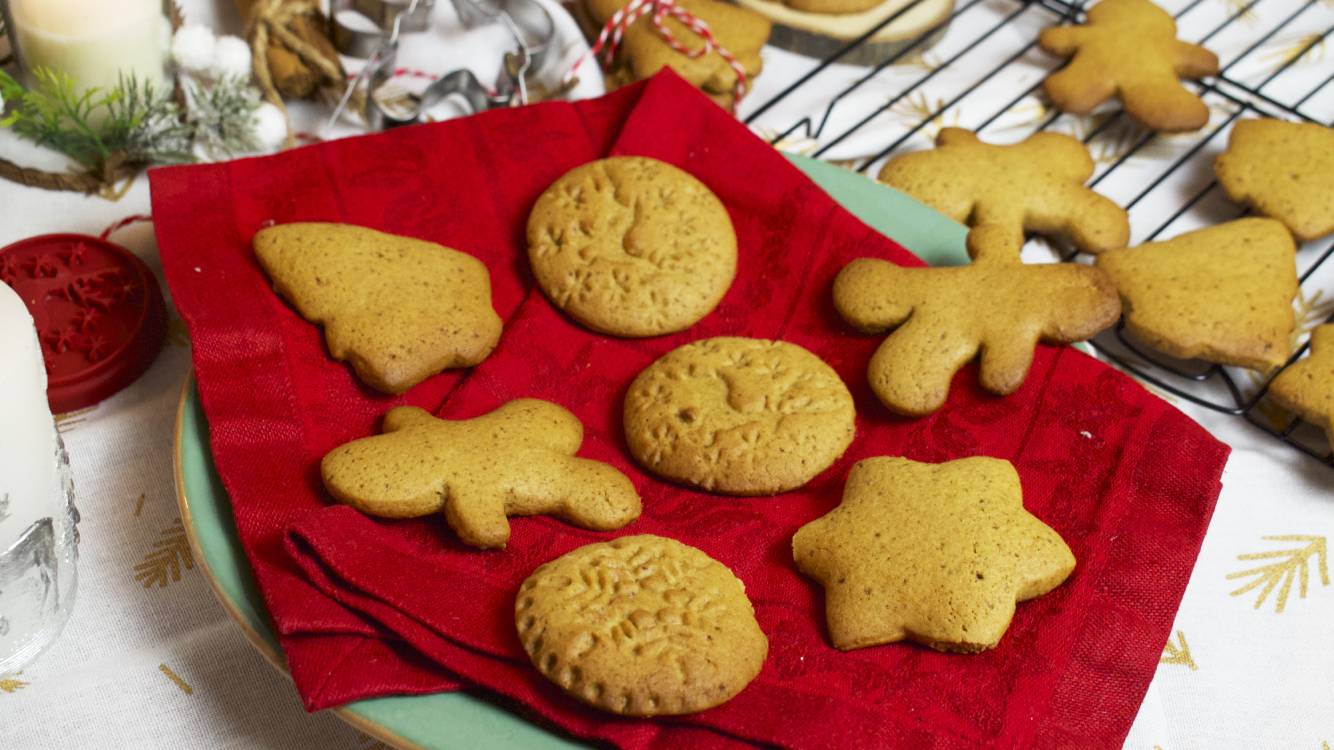 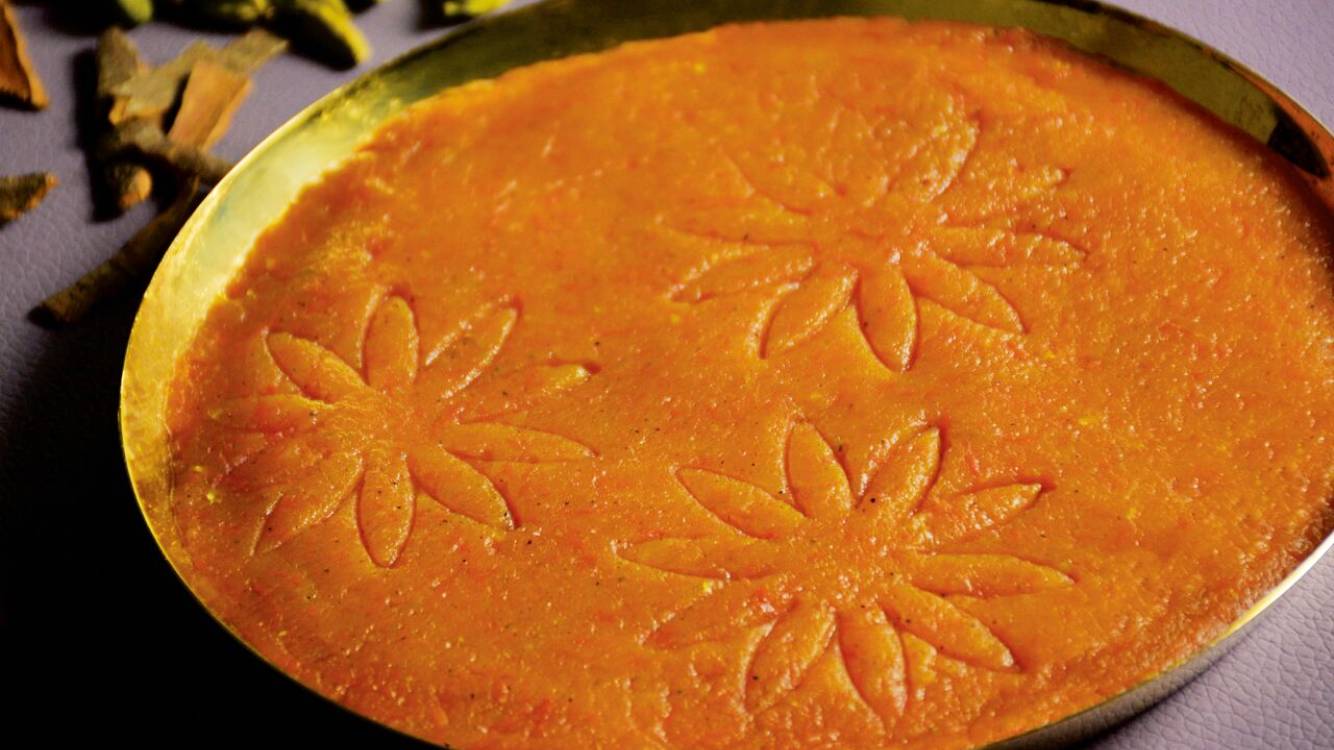 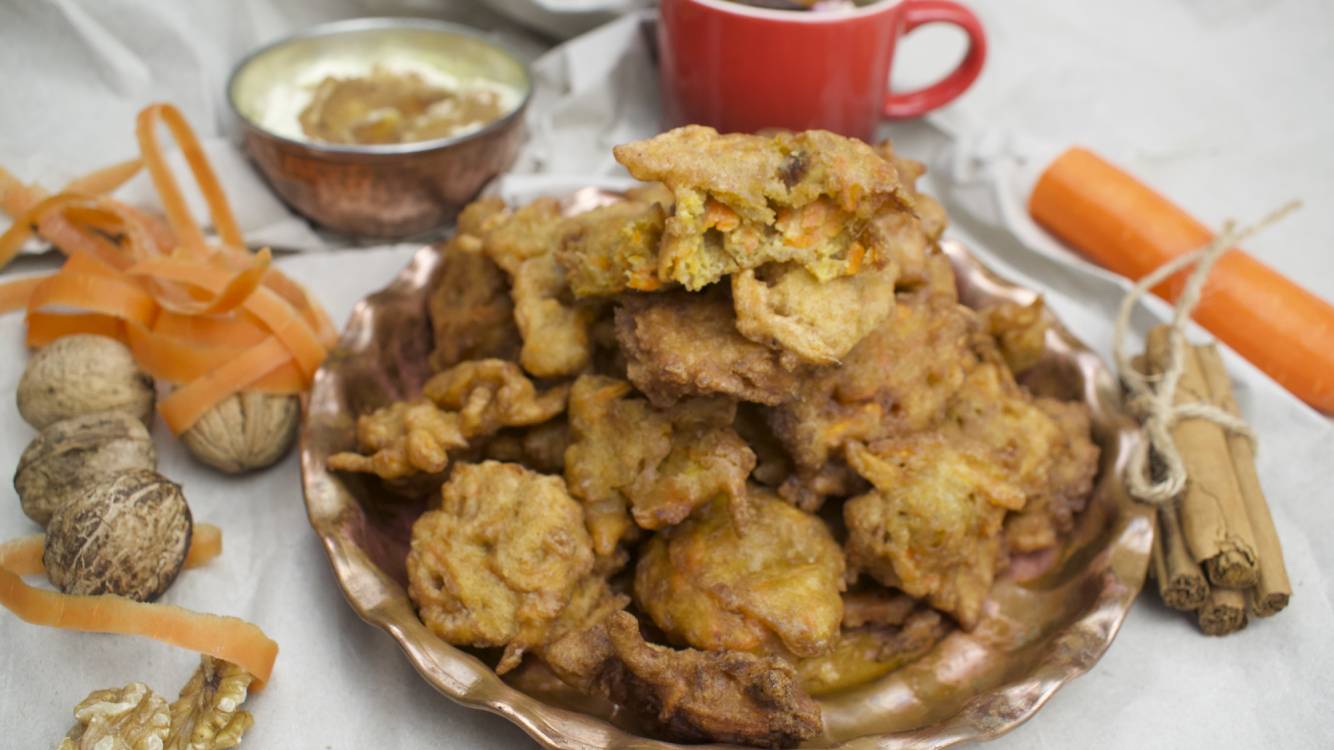 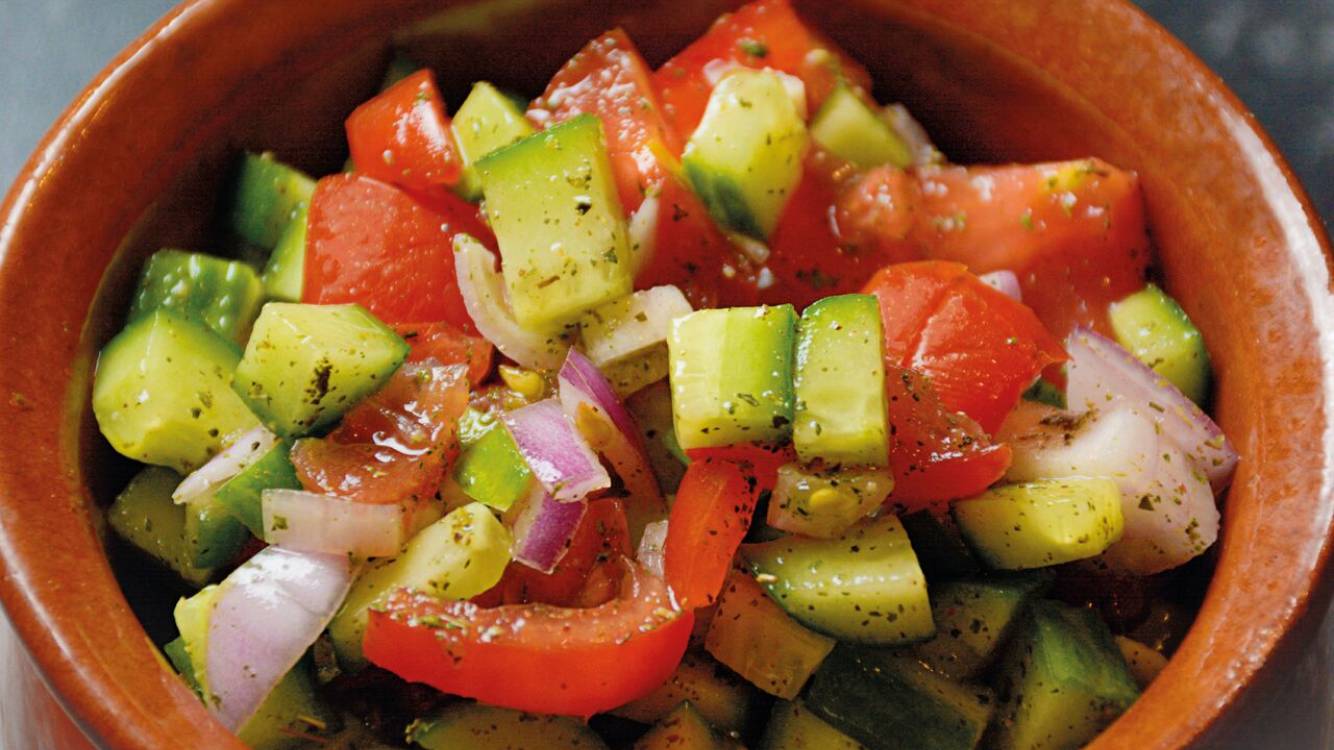 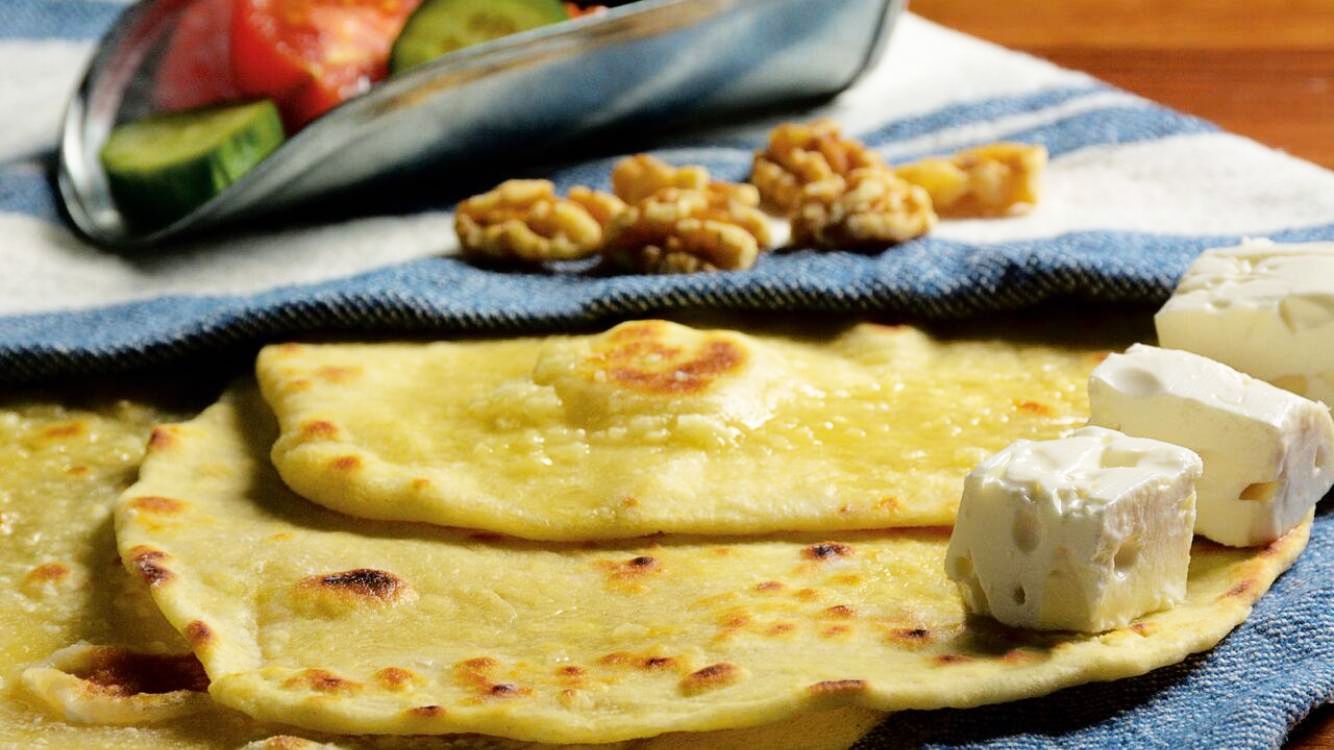 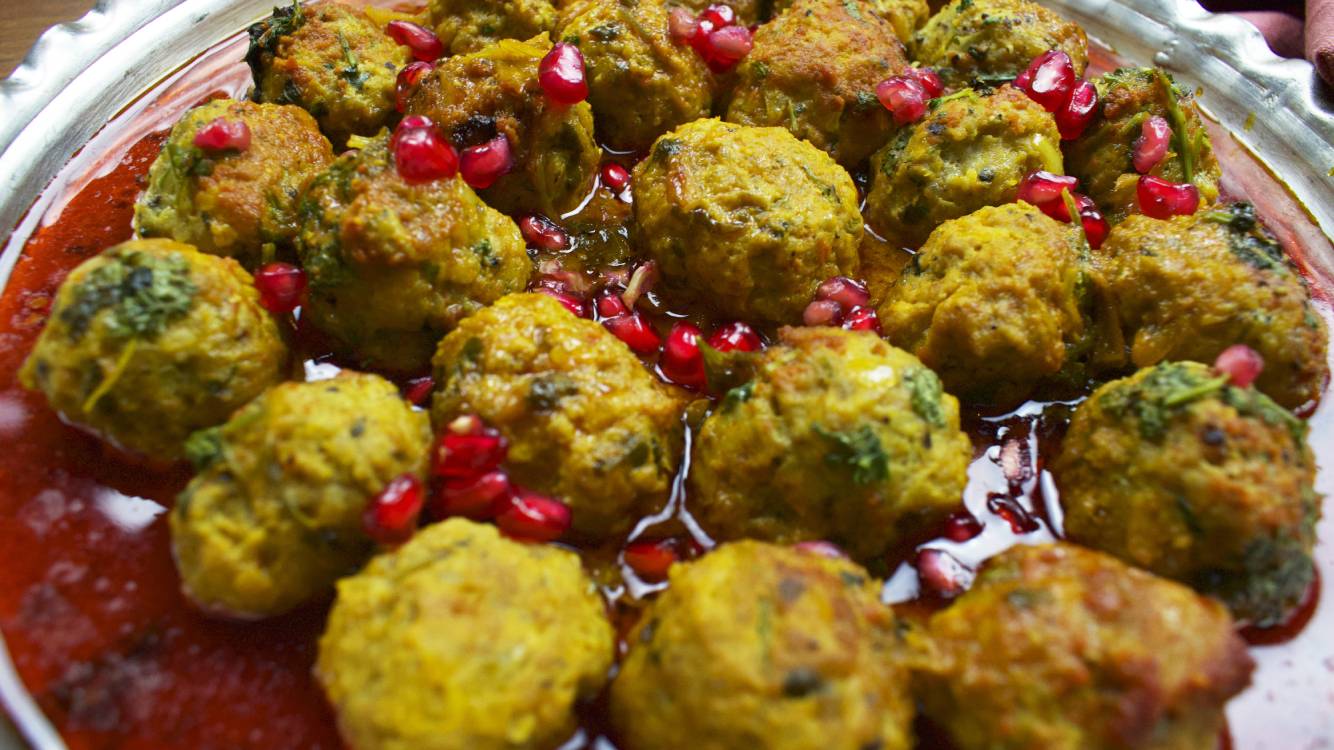 here you will find all the recipes of Parisa's Persian Kitchen

delicious, quick and easy-to-cook dishes with the freshest ingredients and easy-to-follow recipes are brought to your home whenever suitable

stressed out, no time or don't feel like cooking: have my warm, fresh, healthy, home-made and delicious meals delivered at your door